After failing to score in a key Northern Lakes League game earlier in the week against Anthony Wayne,
Springfield found its hitting groove Thursday afternoon in the Division I sectional softball final.
The Blue Devils, 20-2, pounded out 11 hits, including three well-hit doubles, in an 8-2 win over
Perrysburg, now 13-6. The game was played at Bowling Green High School.
"They really hit the ball," said Perrysburg head coach Gary Godwin. "We played all right,
but they were better."
The wind was blowing out at BGHS, but the Blue Devils really didn’t need the help. Cailyn Cordrey had
three hits, including two doubles, and three RBI and Patrece Gibson had three hits and one RBI to pace
the Blue Devils.
"We just didn’t put it in play (against Anthony Wayne). We made some adjustments and did some
different things in the box and it really paid off," said Springfield head coach Rob Gwozdz.
"We worked on a little bit of positioning in the batter’s box.
"With Ashlyn (Michalak) on the mound, if we can get three or four runs, we feel pretty good,"
he added.
Perrysburg struck first as Kimmy Granata’s two-out double plated Stephanie Messenger, who had reached on
a walk, in the first inning.
The Yellow Jackets ran into trouble in the third. Springfield’s lead-off batter reached on an error, but
Kim Bryson got the next two outs. The Blue Devils then followed with three straight hits to score three
runs and take a 3-1 lead. Springfield was helped by Perrysburg’s second error of the inning when a throw
to home, which would have resulted in the third out, was dropped allowing the third run to score. Bryson
was replaced by Megan Quimby after Springfield’s third hit of the inning and got out of trouble on an
infield ground ball.
The Yellow Jackets pulled to within 3-2 with a run in the fifth inning. Kayla Rice led off with a walk,
was sacrificed to second by Quimby, advanced to third on Jamie Winzeler’s fielder’s choice bunt and then
scored on a passed ball.
Springfield responded with three runs in the bottom of the fifth to up its lead to 6-2. The first three
Blue Devils reached in the inning with Emily Rockman and Cordrey driving in runs. Bryson then replaced
Quimby and allowed a two-out RBI double to Brittany Richberg before getting out of the inning.
The Blue Devils added two runs in the sixth on Cordrey’s two-out, two-RBI double to the left-center field
fence.
"There’s really nothing you can do when they are hitting the ball like they were today," Godwin
said.
Michalak struck out seven, walked four and allowed just three hits.
"In the beginning, her adrenaline was going and she was over-throwing leaving it up a little bit
high. But she adjusted well," Gwozdz said. "She had a nice outing for us."
Springfield second baseman Jesse Zappone had a strong defensive game, making a highlight play on a hard
hit, one-hop line drive by Granata in the sixth inning. The ball hit Zappone in the chest, but she was
able to maintain her composure, find the ball and make a good throw to first to nip the speedy Granata.
The play was even more important as the next hitter, Lindsey Rich, hit a double to left-center. 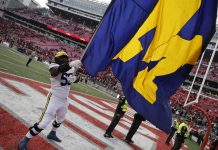 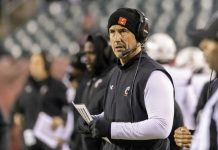