Last winter, ants invaded our home. The problem really started in fall 2021. My ill-fated thinking was “winter is coming and the ants will go away.” I was wrong. We continued to find occasional ants in the kitchen, living room and master bathroom.

Knowing that these ants were not going away, I needed to identify them. This is important when it comes to control tactics. Some ants are sweet feeders, some grease feeders, and some feed on both depending on the season.

Ants can be distinguished from termites, as ants appear constricted or pinched in at the waist. Ants have a head, thorax (middle portion) and abdomen (back end). Termites lack constricted areas. Points between the thorax and abdomen, called nodes, help to identify ants. Ants either have one node or two nodes.

Other characteristics are size and color. In our case, the ants had one node, was black, and is approximately half inch in length. Based on these identifying characteristics it was narrowed down to Carpenter ant (Camponotus spp.) or Field ant (Formica pallidefulva).

Ants are social insects that live in colonies or nests usually located in the soil near the home foundation, under concrete slabs, crawlspaces, structural wood, the yard or garden including trees, or in other protected places.

Ants have three members of the family called castes. The head of the household is the fertile queen. She is responsible for egg laying and increasing the size of the family. Next in line is the workers, they are infertile females that tend to the nest. The workers also seek and gather food for the entire colony. Ants may also develop satellite colonies based on moisture and temperature fluctuations in the main nest. Finally, the males are just for mating with new queens, and then they die off. Only the males and queens develop wings and only when mating.

Common nest sites inside homes and other structures include hollow porch posts, wood siding, floor joists, doors, window frames and voids in the ceiling of porches. Other locations include attached breezeways, wood in contact with soil, and wood that has become moist due to faulty plumbing. Once a new Carpenter ant queen finds one of these sites it may take up to three to six years for a new colony to mature. Feeding preferences include sugary foods, other insects and seeds.

In our case, several years ago our hot water tank had sprung a leak and damaged the wood under the tank. Though we replaced most of the wood before installing the new tank, we did not replace all of it. The hot water tank is in the kitchen with the living room being adjacent to the kitchen. Could a Carpenter ant have established a colony there and created a satellite colony in our master bathroom?

Carpenter ants when excavating wood will kick out coarse sawdust combined with insect body parts, insulation or other materials leaving noticeable piles of this material. Sometimes they will make a crunching sound behind the walls that house cats may hear. The cats will then paw at the walls. In our home we did not find any of these piles, nor did our cat paw at the wall near the hot water tank area. Still, I had to question Carpenter ants.

The Field ant, while not often found inside structures, do build their colonies near houses, gardens, fields, and in lawns. Feeding preferences include sugary foods, other insects like caterpillars, and seeds.

When it comes to ant control in the home, often the gut reaction is to spray with pesticide. Unfortunately, though it may kill the ants you see, it will likely repel the ants away from the area sprayed; however, the ant colony will most likely still be established in the home.

Effective ant control is by baiting. Ant baits contain pesticides labeled for ant control that the worker ants will find, consume and return to the nest to feed their fellow ants. Eventually, the entire colony will contact the bait impregnated with the toxin in the pesticide and eliminate the colony including the queen.

We chose bait that was composed of a sugary compound with an insecticide for ants. After baiting for a couple weeks, we received absolutely zero control. We switched to an ant bait for grease feeding ants and within a week, the ants were declining. And, after a month and ever since then, no ants.

Both Carpenter and Field ants feed on sugary foods and grease type foods including other insects depending on the season of the year and their feeding preference; therefore, switching up baits is often needed. If it had been spring, these same ants may have ignored the grease type bait and preferred the sugary type.

Patience is important to baiting. Most are slow acting and do not kill quickly. Also baits will dry out, age and become unacceptable to ants. Check baited areas for signs of feeding and replace bait as needed.

Upon closer examination of the ants found in the master bathroom, I noticed they had a long stretched out body, long antennae, and legs. They were not Carpenter ants; they were Field ants.

The moral of this story: Don’t reach for the spray! Do a little research and think like an ant.

Portions of this article were acquired from Nebraska Extension in Lancaster County and more information can be found at https://lancaster.unl.edu/pest/resources/antcontrol.shtml. 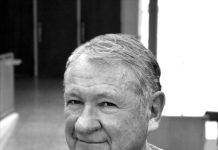 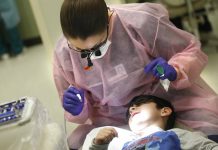