COLUMBUS — Former Ohio House Speaker Larry Householder goes on trial this week in the highest-profile reckoning yet to arise from a $60 million federal bribery investigation that federal prosecutors call the largest corruption case in state history.

The 2 1/2 years since the Republican’s arrest have seen the toppling of a Fortune 500 energy company’s CEO and other executives, the resignation of Ohio’s top utility regulator amid FBI scrutiny, and Householder’s ouster as speaker and his subsequent expulsion as state representative — the first in Ohio in 150 years.

Emerging details have brought the case ever closer to the office of Ohio Gov. Mike DeWine — though without implicating him personally or hurting Ohio Republicans’ electability — and made clear the case’s potential for clarifying federal law on operating a 501(c)4 “dark money” group.

Under a deal to avoid prosecution, Akron-based FirstEnergy Corp. admitted to using dark money groups to fund the scheme and bribing the utility regulator. It has also fired half a dozen executives and regrouped.

Two Householder associates and a related nonprofit pleaded guilty to their roles and await sentencing. A third defendant who pleaded not guilty died by suicide.

A jury in Cincinnati now must decide whether Householder, 63, and Borges, 50, are guilty of conspiracy to participate in a racketeering enterprise involving bribery and money laundering. They pleaded not guilty and maintain their innocence.

Each faces up to 20 years in prison if convicted. The trial could last six weeks.

Householder and Borges were arrested along with the other defendants in July 2020.

During his defiant but unsuccessful campaign to retain his House seat while the case plays out against him, Householder said: “I have not nor have I ever taken a bribe or solicited or been solicited for taking a bribe.” His effort to have the conspiracy charge against him dropped ahead of trial failed, as did efforts to disallow evidence related to the bribe of former Public Utilities Commission of Ohio Chair Sam Randazzo.

Randazzo isn’t charged and denies wrongdoing. None of the fired FirstEnergy executives, including former CEO Chuck Jones, have been charged, either, despite revelations in court filings appearing to show some seeking and receiving favors.

Householder and other suspects in the criminal probe simultaneously face a massive list of alleged state-level campaign finance violations, referred to the Ohio Elections Commission by the Republican secretary of state. Those claims are on hold until the criminal case is decided, as are the state’s racketeering lawsuit against FirstEnergy, Householder and others, and four related regulatory inquiries against FirstEnergy at the utilities commission.

The criminal prosecution began under a U.S. attorney appointed by former President Donald Trump, a Republican, and is proceeding under a successor appointed by Democratic President Joe Biden.

Borges, a never-Trumper ousted as GOP leader before working to elect Biden in 2020, has painted the government’s prosecution of him as a political attack by a Trump appointee. Borges even launched a website to take up his own defense. Borges also used his state proceeding for campaign finance violations to rail against the government’s claims, arguing that the money he received and spent was all handled legally.

Campaign finance experts view the case as an opportunity for the federal government to clarify just that: where the line sits between legal and illegal handling of the untraceable “dark” money that has flooded politics in recent years. The nonpartisan research group OpenSecrets estimates that dark money groups have spent $1 billion to influence U.S. elections since the landmark Citizens United v. FEC decision unfettered corporations and unions in 2010 to give unlimited amounts.

Householder’s attorneys have sought to argue that the scheme described by prosecutors was nothing more than business as usual, a way to advance his leadership aspirations that was not unlike those employed by U.S. Senate Majority Leader Chuck Schumer, a Democrat, and Senate Minority Leader Mitch McConnell, a Republican.

Prosecutors plan to use recorded phone calls, text messages, emails, witness testimony and documentary evidence to prove that Householder entered into what one co-conspirator described as an “unholy alliance” with FirstEnergy that amounted to an illegal racketeering scheme.

The legislation at the heart of the scandal — the Ohio Clean Air Program bill — included a $1 billion bailout for two nuclear power plants operated at the time by a wholly owned FirstEnergy subsidiary. The criminal complaint said the conspiracy to pass the bill had partial roots on a flight FirstEnergy provided to Householder and his son to Trump’s 2017 inauguration.

Soon after the trip, $1 million from FirstEnergy began flowing to Generation Now, controlled by Householder, in $250,000 increments. That cash and more were used to elect a slate of Householder-backed candidates in 2018 and win him the speakership for the second time in his career, prosecutors say. Next, the Householder-controlled House passed the energy bill in July 2019. DeWine signed the legislation within hours.

FirstEnergy subsequently spent around $38 million for a nasty campaign to prevent the new law’s opponents from putting a repeal referendum on the ballot. That included intimidation and payoffs of signature gatherers, among other things, prosecutors say.

The Federal Energy Regulatory Commission recently announced that FirstEnergy agreed to pay a $3.9 million fine for failing to report nearly $94 million in lobbying on the bill to government auditors in 2019 and 2020. The company also told investors it was under investigation by the U.S. Securities and Exchange Commission, something the commission would neither confirm nor deny.

The governor himself has not been implicated, but court filings and news reporting on the case have revealed several members of his administration played roles in allowing it to happen.

DeWine has said tapping Randazzo was his decision alone and defended the move. His spokesperson, Dan Tierney, said this month that, to his knowledge, “none of these individuals have been subpoenaed to date as they have never been interviewed for this criminal case and the criminal case does not involve our office.”

Politically, the scandal appears to have done no damage to the Republican brand in Ohio.

A year out from Householder’s arrest, Ohio Democrats hoped the scandal might taint Republican candidates in 2022 midterm elections, but that didn’t happen. DeWine led the GOP’s entire statewide ticket to reelection, and Republicans picked up even stronger supermajorities in both chambers of the Legislature.

“Back in the day, when we were a competitive state, some indictment like this — with the lobbyists and the former chairman of the Ohio Republican Party — this would have been an earthquake,” he said. “Now, it’s barely a ripple.” 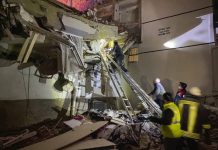 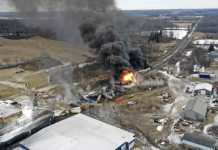 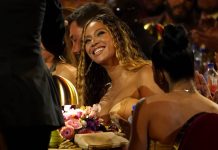