VATICAN CITY (AP) — Pope Emeritus Benedict XVI is lucid, conscious and stable but his condition remains serious, the Vatican said Thursday, a day after it revealed that the 95-year-old’s health had deteriorated recently.

A statement from Vatican spokesman Matteo Bruni said Pope Francis asked for continued prayers “to accompany him in these difficult hours.”

On Wednesday Francis revealed that Benedict was “very ill” and went to see him at Benedict’s home in the Vatican Gardens where he has lived since retiring in 2013. The Vatican later said Benedict’s health had deteriorated in the recent hours but that the situation was under control as doctors monitored him.

Bruni said Thursday that Benedict “managed to rest well last night, is absolutely lucid and conscious and today, while his condition remains grave, the situation at the moment is stable.”

“Pope Francis renews the invitation to pray for him and accompany him in these difficult hours.”

Responding to that call, the diocese of Rome scheduled a special Mass in honor of Benedict on Friday at St. John Lateran, Benedict’s former basilica in his capacity as the bishop of Rome.

Word of Benedict’s declining health immediately posed questions about what would happen when he dies, given the unprecedented reality of having a reigning pope presumably presiding over the funeral of a former pope.

Most Vatican experts expect any funeral would resemble that for any retired bishop of Rome, albeit with the caveat that there would be official delegations to honor a former head of state, as well as pilgrims from Benedict’s native Germany and beyond.

At last: Streisand memoir ‘My Name is Barbra’ coming Nov. 7 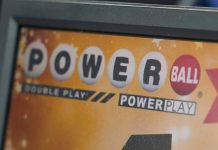 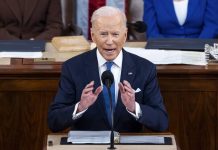 Biden aims to deliver reassurance in State of Union address