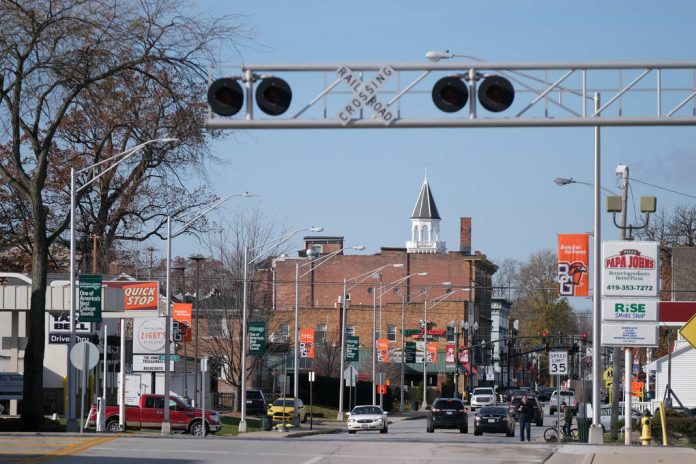 “Modest and measured” were the watchwords as Bowling Green Council’s Finance Committee held a hearing for the city’s proposed 2023 budget.

“We continue to look forward with an eye towards continued growth and community improvement. The budget is a vehicle for us to invest in the people and associated operations that provide the many services on which the collective community rely,” he said.

“The budget was prepared with an eye on the numerous priorities we’ve discussed throughout the year and identified for next year including, but not limited to, infrastructure, facilities, downtown, neighborhoods, sustainability, and the various city frameworks that support our community.”

Municipal Administrator Lori Tretter noted that the proposed non-utility budget totals nearly $95 million. With the utility budget, the amount to be appropriated in the 2023 annual appropriation ordinance will be about $204 million.

However, when interdepartmental transfers are taken into consideration, the “bottom-line” budget amounts to approximately $159 million, Tretter said.

“The 2023 budget is a modest and measured proposal,” she said, “that provides for continuing excellent services for Bowling Green and, where possible, allocates financial support for ongoing community goals and priorities.”

Tretter said that the 2023 budget is “eerily similar” to the 2022 budget, which staff had given the theme of “steady forward.”

“The 2023 budget similarities are such that our budget working group has been calling this ‘steady forward 2.0,’” she said.

This, “coupled with historical trends paints a solid and steady picture for Bowling Green as we move into 2023. However … inflation is a counterbalance to revenue projections and carry-over funds, and must be kept in consideration.”

Inflation was among the assumptions that went into the creation of the budget. Tretter said that inflationary increases are built into numerous areas of the budget, particularly impacting operating budgets in costs for fuel, natural gas and supplies.

Pressures on the budget, Trettersaid, included deferred maintenance in city structures and facilities, including the Court Street fire station and the police station.

Also of note are capital expenses, which have been complicated by issues such as extremely long lead times for orders. She noted that for a fire engine, costs have risen from a predicted $525,000 in the 2014 budget to $880,000 in the 2023 budget, with an ordering lead time of two to three years.

Overtime budgets, especially in the safety department, are also notable. Tretter said that she has directed the staff to begin analyzing staffing levels, call volume, staff needs, and funding levels.

“I anticipate this review to be an area of focus for the administration to share with council in 2023,” she said.

Tretter noted that the 2023 budget allocates funding for 219 employees; that includes six new staff. Three of those positions – a senior planner in the planning department, a public works division employee in the facilities area, and a position to be evaluated in the fire division – were funded in the 2022 budget but went unfilled.

Tretter said the position will be paid by the city.

Other operating costs will be shared with the Bowling Green Economic Development 501 (C)(6) organization which is funded by member dues.

“This arrangement has worked well for Wood County for decades and it is viewed that a similar arrangement will benefit the city,” Tretter said.

The other new positions are an equipment operator for public works, and an IT helpdesk employee.

Tretter also noted a series of city priorities, such as the new city building, which is slated to be finished in the late summer; funding for development of an exterior housing code and an update to the city’s subdivision regulations; continued funding for the city’s micro-grant program for neighborhood-focused efforts; and sustainability efforts, including the food waste compost drop-off and the Climate Action Plan.

She also took note of initiatives being funded with American Rescue Plan Act dollars. This includes the second year of the city’s three-year residential paving program, which will include work on 29 streets, and $200,000 allocated for housing grants above the HUD threshold, also in its second of three years.

Also included in the budget are street projects such as continued paving on West Wooster Street from Church Street to Haskins Road, and on Haskins from West Wooster to Wren Road, and work on a roundabout at Campbell Hill Road and East Wooster.

Tretter took note of a series of capital items, such as roof work on the Pearl Street fire station, a unisex restroom at the Court Street fire station, information technology equipment such as an IP phone system, a new fire engine, seven hybrid vehicles for the police division, and a side load refuse/recycling truck for the public works division.

Tretter further noted that this year will be the final payment that the city will need to make on the Bowling Green Municipal Court, totaling $240,288.

“When the municipal court was built,” Tretter said, “the court committed to pay a portion of the annual debt payment, with the remainder of the payment from the Capital Improvement Fund. In all the years since that time, Judge (Mark) Reddin has paid an amount higher than the agreement. This is significant because that decision reduced the impact to the Capital Improvement Fund. This cooperative approach with the court has been appreciated and beneficial.”

Mark Hollenbaugh, who is council president and a finance committee member, said he appreciated the effort that goes into the work on the budget.

Asked by Councilman Bill Herald, who is a committee member, whether the proposed 2023 budget was a conservative budget, Tretter replied “It’s a steady budget.”

“This budget also appears to be a reasonable response to the economic reality and the challenges that have presented since 2020,” Councilman Greg Robinette, who is the committee chair, said. “What really struck me is the forward-looking aspect of it and looking down the road and realizing that some needs are going to occur past 2023.”

He said he was impressed with how inflation had been worked into the budget, and lauded the creation of the economic development department.

“That is such a win for the city long term,” Robinette said. “That’s one of the greatest developments that we’ll see in 2023.”

The budget is expected to be introduced for council’s consideration at Monday’s meeting.