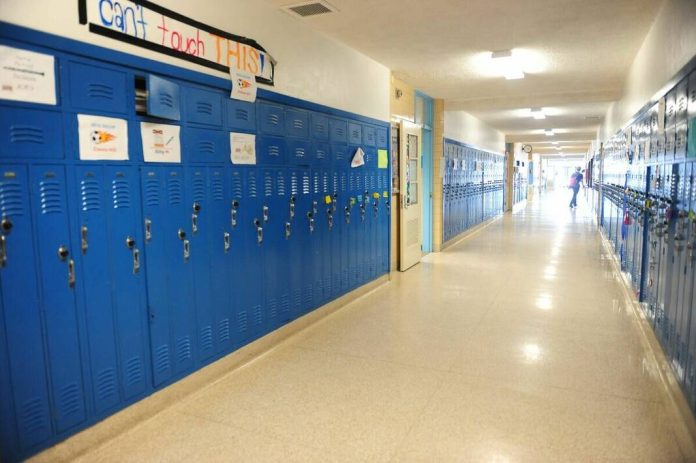 He is leaving the district Nov. 30 to take a job with the Wood County Educational Service Center. He has been with Eastwood for nearly six years.

McCracken said, despite there being an estimated cash balance of $3 million in fiscal year 2027, he predicted the district will need new monies in 2025-2026.

He said he was “fairly conservative” predicting revenues because of the uncertainty of state funding, pipeline income and Peloton vacating its project.

McCracken has forecasted property tax revenue to increase nearly $2 million between this year and fiscal year 2027, or $7.70 million to $9.00 million.

The Peloton tax abatement, which was supposed to begin in January 2024 has been removed due to the project being canceled, he said.

“There is a possibility a new site owner will make good on the abatement payments, but for now they are removed from this forecast,” McCracken said.

Without that income, once COVID funds drop off next year, “things are going to get tight,” he said.

Income tax revenue is expected to increase, from $2.78 million to $3.01 million as long as the district’s income tax is renewed in 2027.

Those funds will fall short in covering expenditures over the next five years.

McCracken projected between 79.2% and 81.84% for salaries and benefits during the forecast.

He said there was a 20% increase in medical costs this year, and McCracken forecasted 7% each year going forward.

The district will be debt free in fiscal year 2026, saving an estimated $1.43 million in annual bond payments.

Purchased services, including food and fuel costs, have nearly doubled from last year to this year and are expected to increase to $1.33 million by fiscal year 2027.

Total expenditures will bypass revenues starting this year by an estimated $1.84 million and balloon to $3.00 million in fiscal year 2027.

That will diminish the district’s cash balance by about $2 million each year as the district uses those funds to cover the difference between revenues and expenses. That fund balance, which is estimated at $10.54 million at the end of this year, will drop to $3.05 million in fiscal year 2027.

McCracken predicted the district will need new monies in 2025-26, as the difference between the revenue and expenditures in 2027 will nearly wipe up the district’s cash balance.