NAPLES, Fla. (AP) — Lydia Ko never won more in one day than on Sunday in the CME Group Tour Championship, where she claimed the richest prize in women’s golf at $2 million with a victory that allowed her to win LPGA player of the year.

Ko outlasted Leona Maguire of Ireland in the final round, seizing control with a 7-foot birdie putt on the 16th hole and closing with 2-under 70 for a two-shot victory.

The $2 million prize took her season earnings to just over $4.3 million, leaving her $591 short of the Lorena Ochoa’s record for single-season earnings set in 2007.

Ko finished at 17-under 271 and won the LPGA Tour finale for the second time. Her first title in the CME Group Tour Championship was in 2014, when she was 17 and already becoming a dominant figure in women’s golf.

Ko is on the verge of the LPGA Hall of Fame at age 25, a testament to how good she has been for so long.

DUBAI, United Arab Emirates (AP) — Another year without a major was no less special for Rory McIlroy. He finished as Europe’s top-ranked golfer for the fourth time and became only the second player to capture season titles on the PGA Tour and European tour.

Jon Rahm felt the same way. The Spaniard opened with three straight birdies on his way to a 5-under 67 on Sunday to win the DP World Tour Championship for the third time, by two shots over Tyrrell Hatton and Alex Noren.

Rahm finished on 20-under 268 at Jumeirah Golf Estates. McIlroy could have tied Rahm with an eagle on the par-5 18th, but had to settle for par and a 68 to finish fourth.

McIlroy won the FedEx Cup and its $18 million bonus, along with the Canadian Open and the CJ Cup in South Carolina. He also is back at No. 1 in the world.

Henrik Stenson, in 2013, is the only other player to win the FedEx Cup and the Europe’s points list in the same year.

ST. SIMONS ISLAND, Ga. (AP) — Adam Svensson handled the cold air and the heat of contention as if he had been there before, closing with a 6-under 64 to win the RSM Classic on Sunday at Sea Island for his first PGA Tour victory.

Svensson, a 28-year-old Canadian, was locked in a four-way tie for the lead on the closing stretch of the Seaside course when he poured in an 18-foot birdie putt on the 16th hole, and then hit a tee shot to 10 feet on the par-3 17th for a birdie that gave him a cushion.

Brian Harman (65) and Sahith Theegala (66) were in the group ahead of him and missed birdie chances from about 25 feet on the closing hole.

Callum Tarren of England (64) was the first to post at 17-under par and was hopeful of a playoff. Svensson capped off his bogey-free final round with a par for a two-shot win.

He finished at 19-under 263 and played the tougher Seaside course in 20 under the final three rounds. His tournament began with a 73 on the Plantation, which put him in a tie for 108th. His first job was to make the cut. He wound up winning the trophy.

Svensson is starting his third full year on the PGA Tour and gets a two-year exemption, along with a trip to the Masters and the PGA Championship. He has never played a major.

Kazuki Higa closed with a 7-under 64 for a three-shot victory over Mito Pereira in the Dunlop Phoenix. Higa won for the third time this year on the Japan Golf Tour and has four wins worldwide. … Valentina Rossi closed with a 3-under 69 and overcame a four-shot deficit to win the Women’s Amateur Latin Amateur in her native Argentina. The victory gives Rossi a spot in The Chevron Championship, the Women’s British Open and the Evian Championship on the LPGA Tour’s major championship schedule next year. … Saiki Fujita closed with a 4-under 67 and won the Daio Paper Elleair Ladies Open on the Japan LPGA by one shot over Ai Suzuki. 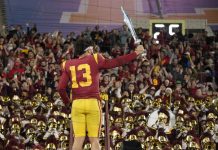 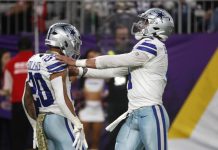 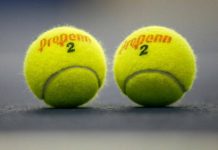