WASHINGTON (AP) — A top ally of House Speaker Nancy Pelosi is demanding fresh answers from the U.S. Capitol Police about security failures that led to a brutal attack on Pelosi’s husband last week, questioning the embattled agency about whether it can keep lawmakers and their families safe.

House Administration Committee Chairwoman Zoe Lofgren, D-Calif., wrote a four-page letter to Capitol Police Chief Thomas Manger on Wednesday, saying that the attack on Paul Pelosi raises “significant questions about security protections for Members of Congress.” The man who beat Paul Pelosi with a hammer was looking for Nancy Pelosi and later told police that he wanted to hold her hostage and break her kneecaps to make a political point, authorities said.

The searing letter lays out a series of questions for Manger and orders the agency to lay out its plans for protecting lawmakers and their families, including how they are interacting with other law enforcement agencies, how officers are trained for such situations and whether there are special plans in place to protect lawmakers in the presidential line of succession, as Pelosi is.

The letter from Lofgren, whose panel oversees the Capitol Police, comes as the beleaguered agency is still trying to rebuild after the Jan. 6 Capitol insurrection, when hundreds of former President Donald Trump’s supporters overwhelmed officers and more than 100 were injured. Threats to lawmakers have skyrocketed in recent years — almost 10,000 threats were investigated last year — and the agency has struggled to protect lawmakers, their families and the Capitol campus with limited resources.

The Capitol Police issued a statement on Wednesday saying they will “fast track” the work they had already been doing to protect members outside of Washington.

“Our brave men and women are working around the clock to meet this urgent mission during this divisive time,” the USCP statement said. “In the meantime, a significant change that will have an immediate impact will be for people across our country to lower the temperature on political rhetoric before it’s too late.”

The USCP said it has access to roughly 1,800 cameras, including one on Pelosi’s house that was not being monitored during the attack on Paul Pelosi because the speaker was not there. The Capitol Police video is expected to show an extended struggle by the intruder, David DePape, to break into the Pelosi house as he first worked to break a window in the rear of the home and moved around to break glass in doors on the side of the house, according to a person briefed on the situation who requested anonymity to discuss it.

The San Francisco Police Department often posted a patrol car at the Pelosi house, particularly after the Jan. 6, 2021, attack at the Capitol, but there was no police car present at the home during the time of the attack, the person said. Among many other questions in the letter, Lofgren asked if the agency had any special agreements with San Francisco police to have security stationed outside of Pelosi’s house.

DePape’s state case will continue Friday, though the defendant will not appear in the courtroom. His public defender entered a not guilty plea on his behalf Tuesday and vowed to pursue a “vigorous legal defense.” An arraignment on federal charges has not been scheduled.

Paul Pelosi remained in the Intensive Care Unit in a San Francisco hospital, and was receiving regular visits from Nancy Pelosi and other family members.

In a federal complaint released earlier this week, officials said DePape, 42, was carrying zip ties, tape and a rope in a backpack. He went upstairs where 82-year-old Paul Pelosi was sleeping, and demanded to talk to “Nancy.”

In the letter to the Capitol Police, Lofgren noted that the agency has previously reported that Pelosi receives the most threats of any member of Congress. She asked whether USCP has established protocols for the personal residences of lawmakers who are in the presidential line of succession — Pelosi as speaker and Democratic Sen. Patrick Leahy of Vermont as president pro tempore of the Senate. She also asked if the department has coordinated with the Secret Service to protect those lawmakers, in particular, and whether there is a plan to protect their families.

Members of Congress from both parties have expressed concerns about the increased threats in recent years and in the wake of the Jan. 6 insurrection, when Trump’s supporters broke into the Capitol and sent lawmakers running for their lives. People have showed up at their houses, threatened them online and even shot at them.

Five years ago, a left-wing activist opened fire on Republicans as they practiced for an annual charity baseball game, and Rep. Steve Scalise of Louisiana was critically wounded.

In 2011, then-Rep. Gabrielle Giffords, D-Ariz., was shot in the head at an event outside a Tucson grocery store.

Rep. Pramila Jayapal, D-Wash., who had a man show up at her house in Seattle over the summer carrying a pistol, is one member who has been aggressively pushing for more resources. This summer, she convened a call with other House Democrats to crowdsource how to stay safe while in their districts and out campaigning.

“It makes no sense for members of Congress to be doing that,” Jayapal said about the unofficial conversations with her colleagues.

Associated Press writers Lisa Mascaro and Farnoush Amiri in Washington and Stephanie Dazio in Los Angeles contributed to this report. 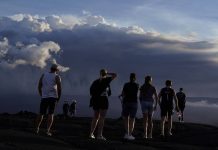 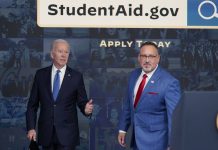 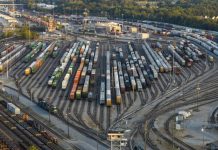