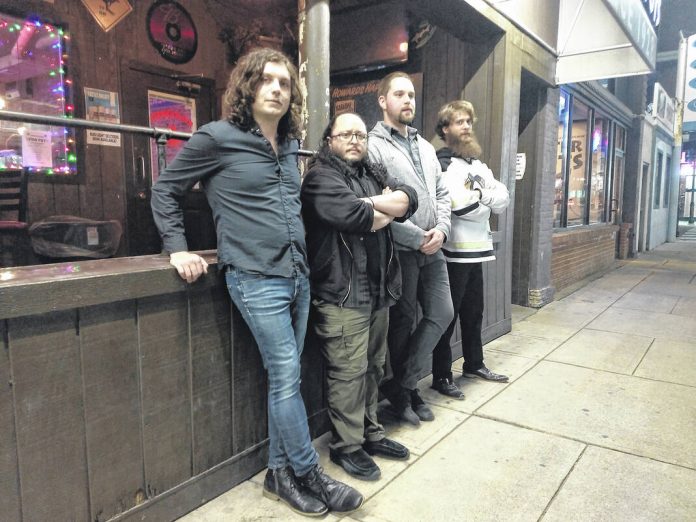 Live music gigs are returning to Grounds For Thought coffee house and they will be getting the documentary treatment.

The new Sunday evening concert series started with a dry run. Dustin Galish will be hosting and booking the bands, and he did a test run on Sept. 23 with his band Tree No Leaves.

“I don’t think there have been any shows there for two and a half years. I already had some experience in booking and playing at Howard’s (Club H) with Tree No Leaves, and I have developed some relationships and have become aware of some really great bands in the region,” Galish said.

Prior to the pandemic, Grounds For Thought owner Kelly Wicks, had done live shows for more than 20 years, with bands coming from all over the midwest.

“We’re documenting the experience as well,” Galish said. “We’re releasing some videos, post, in a way to document this thing. In many ways Grounds has been doing this for years and years, but there isn’t much documentation of it. It was a word of mouth thing and people took pictures, but there’s not really a record of what went on and being a documentarian is what I like to do.”

The shows will be two-hour events, but the videos will be individual songs, almost like singles, that will be high quality and easily found on the web.

Just like Wicks did before, bands will come from as far away as a three to four-hour drive. He and Galish wanted to make this more than just a venue for local bands. The two have contacts in Grand Rapids, Michigan, Chicago, Indiana and throughout Ohio.

Most of the bands will also be playing mostly original music and Grounds for Thought will be allowing them to sell their own merchandise.

“All the music is very different. I’m trying to make it a different experience every month,” Galish said. “These are all independent artists, who have been cutting their chops for a while. They are not works in progress. Many have toured nationally. You may see a couple local artists, but I think BG is stuck in the middle of the hub of I-75 and I-80/90. Especially on a Sunday, you get artists who might have played a weekend of shows and they are rolling through BG.”

The GFT Sunday Night Concert series shows have been booked through May. The first acts coming to town are funk band Sabbatical Bob on Sunday; the Lone Wolf Hippies with Shane Piasecki, a 1970s AM radio sounding band playing Nov. 27; and the jam band Chirp on Dec. 18.