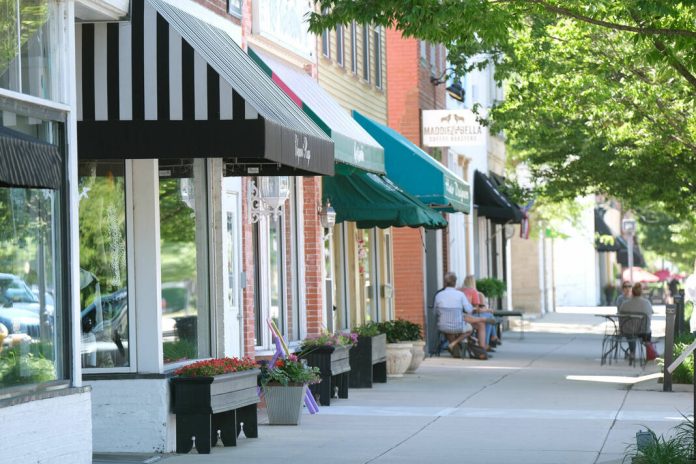 PERRYSBURG — The farmers market has blossomed into a massive event for the city, attracting hundreds of people downtown every Thursday.

But new charges sent from the city administration for special events, which will cover costs for city personnel and equipment, are creating a funding problem for the market.

With the increased frequency of events that require police overtime and vehicles, as well as city public service costs, Kabat said that employee morale is being affected and “they are finding it somewhat burdensome on the city personnel.”

She said that some employees are having to work every Thursday, in addition to the regular full-time hours.

In 2022, nine events have been charged, or will be charged, by the city. The biggest charge for 2022 will go to the farmers market, which is handled by the CVB.

“We understand that these expenses have come because we have become so successful,” Best said.

She acknowledged that thousands of people are coming for the farmers market, which is held on Thursdays.

“And they come with their trash, and we understand that we have to pick up our part of the tab for that. It is not something we were prepared for,” Best said.

The city lists that bill as $10,186, while Best said the bill was for $11,182, to cover service costs, which are primarily for garbage removal and clean-up. The city has agreed to waive the costs for police until the 2023 season, but for the 24 weekly events, the average combined cost is estimated to be $24,000 next year.

The costs were not on the event registration form that the CVB filled out, according to Best, and she was not aware of them being indicated or posted on the city website, or anywhere else. In a follow-up interview she said that the CVB has not previously been charged. She was unaware if other groups had been charged prior to 2022.

She told the committee that the event had been revenue neutral, until this year. Because of the change, they are looking for ways to offset the costs.

Best called it “a significant amount of money to not be putting into our actual tourism component.”

Councilman Tim McCarthy questioned Best on the mission of the CVB.

“The core mission of the CVB is to promote tourism and business commerce in Perrysburg city and the immediate vicinity, so for us, (the farmers market) is a byproduct,” Best said.

She pointed out that most attending the farmers market already live in the immediate area and do not spend the night in Perrysburg. She reminded the finance committee members that the CVB receives funds from hotel taxes and, as such, needs to be driving traffic to the hotels to “put heads in beds.”

“If the CVB is going to become a marketing and PR agency for the hotels, then maybe you’ve got to reconsider the whole setup,” McCarthy said. “I view the CVB as fulfilling other missions as well.”

Kabat said that the 3% hotel/motel tax is currently split in half, between the city and the CVB.

According to Finance Director Amber Rathburn, the total tax collected is approximately $550,000 annually.

McCarthy said he would have a problem running the event through the city general fund.

Councilman Mark Weber suggested that the chamber of commerce become involved, because of the benefits to downtown businesses.

Best said that 17 other local communities had farmers markets, but only Perrysburg’s was run by a CVB.

“If it has to leave our care, I want it to stay the same quality it is currently,” she said.

Kabat had prepared a chart with police and service comparisons to seven other local communities, including: Bowling Green, Rossford, Maumee, Sylvania, Oregon, Waterville and Whitehouse. All the communities had some form of charges for events. However, in the six categories surveyed there was considerable variance.

The total costs for a Perrysburg public service employee with the overtime rate was $55.46 per hour, a patrol officer is $70.56 per hour, a sergeant is $80.98 per hour and the cost for a police vehicle is $15 per hour.

The committee decided to keep the topic on the agenda for future meetings and did not have any proposed legislation for the full council.