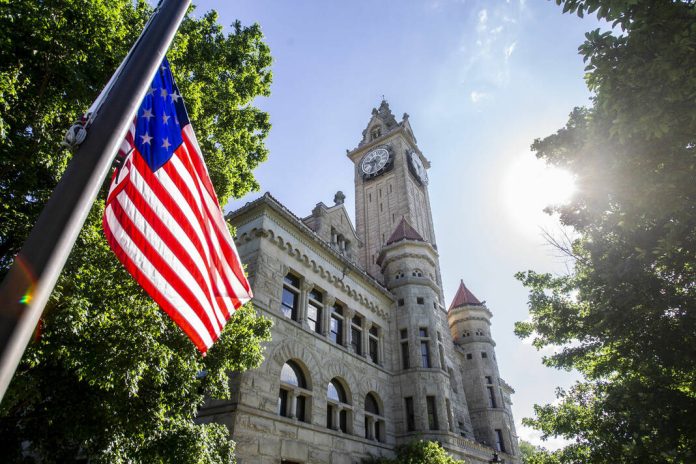 Several economic development projects, including one that could bring $1 million annually to the Rossford school district, are in the works in Wood County.

Wood County Economic Development Commission Director Wade Gottschalk told the commissioners on Thursday that economic development is continuing to boom in the area.

“We haven’t seen any real signs of any economic slow down on the projects we’re working on,” he said.

The Perrysburg Township project, which will benefit Rossford schools, is a 1.5 million-square-feet, multi-use industrial building.

“If that project goes forward, it will mean somewhere north of $1 million a year to Rossford schools,” Gottschalk said.

There are not a lot of jobs associated with that project, “but they are good jobs,” he said.

There is another client who is interested in the Peloton building in Troy Township, Gottschalk said.

“We expect that building to move relatively quickly,” he said. “It does take awhile to find somebody. It’s a million-plus square feet, and it’s an L-shaped building, which is not your traditional rectangular layout.”

Still, the Peloton site with its utility access is very attractive, Gottschalk said.

“It has seen a lot of interest,” he said. “We expect is to move sooner rather than later.”

In February, Peloton announced it would stop work on the $400 million plant that would have employed 2,200. The exercise and treadmill company had planned its first U.S. factory, a $400 million Peloton Output Park, for the Pemberville Road site.

There are some rezoning projects in the county that will most likely result in development, Gottschalk said.

The Perrysburg Township Trustees have agreed to rezone 316 acres on U.S. 20 from agricultural to general industrial district property.

“That’s going to be one of our better sites going forward,” Gottschalk said. “It’s got rail access. It’s got great highway access. All the utilities are effectively right there.

“That’s shown interest even before zoning,” he said. “We expect that site to be very popular.”

Another site that Gottschalk expects to be rezoned is 300 acres behind the Northwestern and Water Sewer District building on Ohio 582 in Middleton Township.

The Wood County Planning Commission has approved it for light industrial, and the township trustees will consider the change next month, Gottschalk said.

“That’s at the behest of a developer, so they have an interest in the property already,” he said.

The county economic development office is working with the City of Bowling Green Economic Development on some projects.

“BG’s got a lot going on separately,” Gottschalk said.