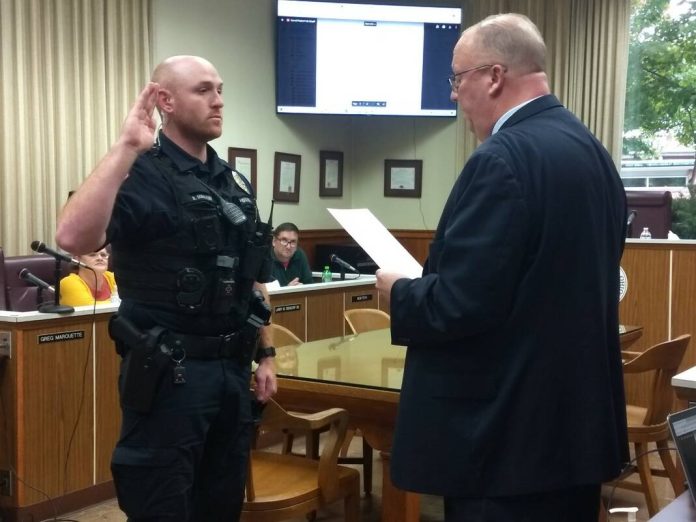 ROSSFORD — Council approved the most recent health care benefits proposal from Medical Mutual of Ohio, at an average rate increase of 1.25%, at last week’s meeting.

The rate increase was quickly passed, as an emergency, on an amended second reading. The original ordinance had a proposal with an average rate increase of 6.49%.

When the unamended version was read to the regular Sept. 12 council meeting Administrator Allyson Murray had asked council not to pass, as she was continuing negotiations on pricing. The city’s collective bargaining agreements require that it provide eligible employees health care benefits, including: medical, prescription drug, dental and vision. That coverage must be equivalent to current benefits.

In other business, the Halloween parade is set for Oct. 30 at 2 p.m. It is free to sign up to be a part of the parade, but the city administration is asking that a form be filled out. It is available on the Rossford Recreation Department website, and in printed form at the administration offices and the library.

The theme for the parade is movie villains.

The council and administration are each having a float.

Rumor has it that the administration staff will be villains from the “House of Mouse,” and Murray may be a certain purple-and-black half octopus. The administrator would not deny the rumor, but said fans will just have to watch the parade route.

Police Lt. Craig Revill sent a letter to council to be read for Sgt. Brandon Lewis. He thanked Lewis for taking the initiative to fix a broken equipment bracket in one of the patrol vehicles and then proactively replaced the same parts on the other vehicles.

“It is a fine example of several of our core values: pride, excellence, service and dedication,” Revill wrote.

He also pointed out that this is not the first time Lewis has gone out of his way to help out.

Mayor Neil MacKinnon III said that he has noticed Lewis’ friendly and good-natured attitude around town.

“He’s also one of the guys you will see throwing a football around with the kids in the neighborhood,” MacKinnon said.

New patrol officer Michael Sebastian was sworn in by the mayor.

Sebastian was a lateral transfer from the Detroit Police Department, where he worked for four years. Police Chief Todd Kitzler said he is also in the Air Force reserve and he graduated from the Owens Community College Police Academy on Sept. 19.

“He’s the first officer we have sent to the academy in at least 15 years,” Kitzler said. “He’s ready to go and we’re glad to have him.”