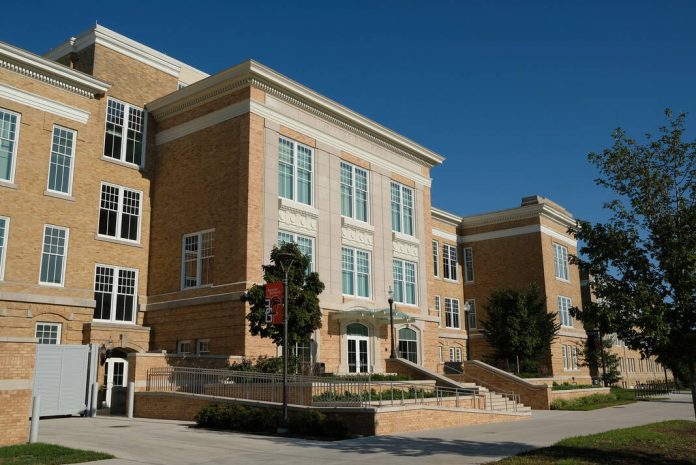 New schools of engineering and of aviation were approved by the Bowling Green State University Board of Trustees on Friday.

The changes come as part of a reconfiguration to the College of Technology, Architecture and Applied Engineering. It will now be composed of the new School of Engineering, School of Aviation and the existing School of the Built Environment.

In addition to academic changes to CTAAE, the trustees approved moving ahead with $4 million in design services for the Technology Engineering Innovation Center, which is set to replace the current Technology Building in summer 2025. Finances would come from state capital funds.

Built in 1971 as the Industrial Education and Technology Building, the Technology Building houses CTAAE offices, a visual communication technology lab, a metallography lab, a metrology lab and classrooms. BGSU leaders have determined that a renovation of the split-level building would not be cost effective.

The building will be located on the parking lot on the southeast corner of the current building. It will house various academic labs for the robotics, advanced manufacturing and metals and machining programs. It would also have flexible interdisciplinary environments and offices to foster student interaction and collaboration.

The board also approved $621,500 to fund the design services necessary for renovation of the Slater Family Ice Arena, home of BGSU hockey.

Benefiting from several capital improvement projects since 2008, the proposed improvements to the Slater Family Ice Arena include upgrades to overall building systems, safety and accessibility services and daily function. Additional potential updates are set to include locker room and restroom renovations, the creation of a new mezzanine on the south end of the ice rink with private suites, concessions, a club room and additional spectator seating. A renovated main entrance and 1,000-square foot addition to the arena’s west entrance are also part of the improvements.

Also approved was $1.6 million the master planning services. The campus master plan prioritizes the execution of capital projects for the next decade and supports the university’s strategic plan, including recommendations for campus modernization, renovation and replacement of buildings, landscaping and open space.

Renovation of the Jerome Library tunnel system was approved by trustees for $2.5 million.

The tunnel system contains the primary electrical feed, steam, condensate and domestic water for the Jerome Library, the Wolfe Center, Moore Musical Arts Center, and the rec center. It serves as a back-up loop to the campus utility systems.

The concrete roof and interior piping support system have degraded due to age. The current system was built in 1965.

Installation of a planned roundabout at the intersection of East Wooster Street, Alumni Drive and Campbell Hill Road has required the transfer of jurisdiction of a 0.468-acre parcel of land owned by the state but currently under the jurisdiction of BGSU, to the Ohio Department of Transportation.

The work area will run for about 500 feet centered on the intersection, primarily on the north side of East Wooster Street. It will include creation of a multi-use path and additional lighting.

Sherideen Stoll, vice president for finance and administration and chief financial officer, said that the transfer and construction of the $1.5 million project will not be a cost to the university.

The trustees also approved adoption of the 134th Ohio General Assembly legislation requiring institutions of higher education to adopt a policy affirming nine principles regarding the regulation for and protection of free speech on campuses.