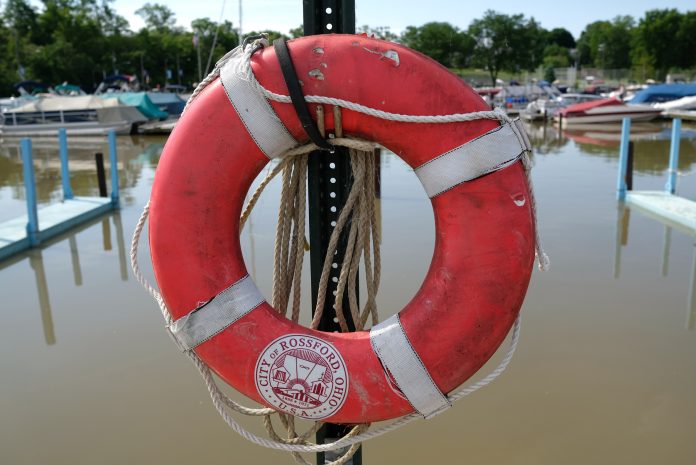 ROSSFORD — Councilman Jerry Staczek outlined plans for improvement at the marina during the Nov. 25 city
council meeting.
His report came from the facilities, parks and marina committee.
“We need to develop a master plan for the marina,” Staczek said.
One of the major plans is to reevaluate and realign the dock assignments.
Staczek read from the committee meeting minutes that stated “over the years the city has been lax in
enforcing size requirements and allowing larger boats to berth in slips that are too small and vice
versa.”
It was also noted how, in addition to the average length of boats increasing over the years, several
docked boats have extended outboard motor mounts. This, by design, increases the length of the boat.
The meeting minutes read, “Additionally, many boat owners tip their outboard motors up to keep them free
of algae and grime. With the extended mounts, combined with the tilted motors, the ability to safely
maneuver the channel is greatly decreased.”
Staczek and fellow council member Bob Densic addressed the situation following the council meeting,
explaining in detail how over the years the average boat sizes have increased.
“Years ago most boats were 16-18-feet long so there weren’t any issues,” Densic said.
He outlined a typical scenario where large pontoon boats negotiating the channel might only have a one or
two-foot clearance on either side of the boat to negotiate.
“On windy days it can be a real challenge,” Densic said.
Many of the boats that are in small docks belong in the larger docks.
Densic was asked about the challenge of moving boats around.
“It really shouldn’t be too difficult, in many cases it’s just a matter of moving them from one side of
the dock to the other.”
There might be some issues with some of the dock renters. However, both Staczek and Densic feel they can
make the changes as smooth as possible for all concerned.
“It is hoped that the outcome will lead to a safer water environment, along with easier navigation in and
out of our marina,” Staczek said.
The committee also released the results of a survey ranking the most important issues of the renters for
the marina.
The top ranked concern was the development of the boaters’ restroom and shower. The second highest
concern was the “floating or improved docks.” Others in the top five concerns included vertical bumpers
at all posts, increased “fairway” width and finger docks on all piers.
The lowest rated concern of the 18 items listed was the availability of cable TV access for free.
The survey also asked the renters to rate the value of current services and all respondents unanimously
said the guard service was the highest. The ramps and the ice machine followed in second and third. The
docks were the lowest rated as far as the services provided. When asked if the renters felt the marina
was a good value for their boating needs only two of the respondents gave somewhat negative responses,
one said they were neutral and one “somewhat disagreed” with the statement.
In other marina news, the committee voted to place a solar-powered light on the break wall at the marina
entrance; reported the break wall modifications at the entrance have been completed as budgeted;
approved he electrical permit; heard three metal floating dock tanks need repaired and funds for that
are available; and heard that the failing soda pop machine was ordered to be removed or replaced.
The committee is also proceeding with the plan to secure the Coastal Management Grant.
After the meeting, Staczek said the grant seeks to fund issues right in line with what Rossford is
seeking at the marina. That includes water quality, shoreline stability, pubic access and fishing and
natural habitat areas.
Also at the meeting, council:
• Approved change orders for the Colony Roadway rehabilitation project.
• Approved appropriation modifications on this year’s budget to align with actual spending.
• Approved a procedural necessity for the city on behalf of Ohio to reimburse its 303 capital improvement
fund for the Colony Road from Eagle Point Road to Hillsdale Drive improvement with the proceeds of tax
exempt debt of the State of Ohio.
• Approved authorizing the parks and recreation director to submit an application to the Ohio Department
of Natural Resources Nature Works grant program and to execute contracts for that grant.
• Approved the mayor’s appointments of Betty Woods, Edward M. Tucholski (both at the Nov. 12 meeting) to
the street tree commission for three years. Also Sarah Krafty and Michael Krafty were appointed Nov. 25
to fill the unexpired terms on that commission ending Dec. 31, 2022.
• Voted to not have a committee of the whole meeting in December. The annual organizational meeting will
be held tonight at 7 in council chambers.
• Announced the the Rossford Recreation Center will hold a reception on Dec. 12.
• Announced that the Rossford Cares group, which held caroling last year, will hold a community event on
Dec. 21 at the recreation center at 6 p.m.