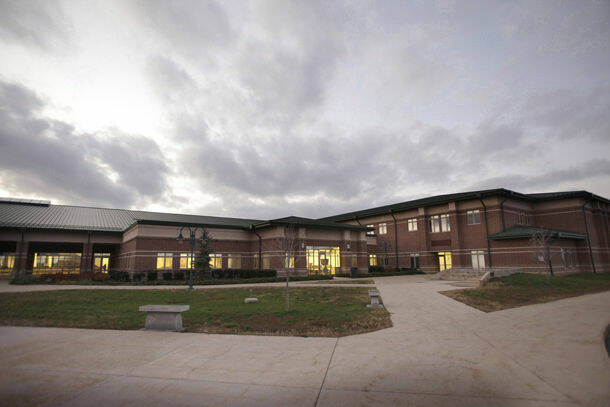 On Feb. 17 at 5 p.m. there will be an induction dinner at Holiday Inn & Suites, 27355 Carronade Drive. The community is invited to attend the dinner and ceremony. Tickets are $35 per person and may be ordered at https://www.perrysburgschools.net/OnlineTicketPurchase.aspx. Admission to the basketball game remains the same at $7 for adults.

Doors open at 4:30 p.m. A welcome and dinner will start at 5 p.m. with inductions to take place at 6 p.m. for ticket holders. The inductees will also be honored at the varsity boys basketball game at halftime (approximately 8:15 p.m.. Dinner tickets include admission to the basketball game.

Fatinikun is a 2009 graduate and earned three varsity letters in football.

He was named 1st Team All-NLL, 1st Team All-District and Honorable Mention All-State. He also played basketball and ran track while at Perrysburg, and was a member of the DECA team.

Fatinikun attended the University of Toledo, where he majored in communication and played football from 2009-13. He was two-time All-MAC in 2010 and 2011 and was a 2010 Academic All-MAC award recipient.

Fatinikun went on to play a season in the Arena Football League in 2014 before being signed to the NFL by the Tampa Bay Buccaneers, where he played from 2014-16.

He continues to give back to the community through his T-Fat’s Faith and Hustle Youth Development Camp, which helps build character and attitude. He lives in Tampa where he owns T-Fat’s Auto Spa, a German and Domestic car detail and protection company. His fondest memory of Perrysburg was sharing the football field with his brother Ore.

Hughes is a 2010 graduate, earned three varsity letters in basketball and is the PHS All-Time Leading Scorer.

Hughes attended University of Chicago where he played four years of basketball, earning Team Captain for two years and being named the 2013 Team MVP.

He attended UCLA Law and UCLA Anderson School of Management. He lives in San Francisco with his girlfriend Kyun and works at Kirkland & Ellis as a corporate attorney and participates in the Kirkland Pro Bono Program. His fondest memory of Perrysburg was going 17-0 in eighth grade and winning the NLL Championship.

Pohlman’s impact on Perrysburg athletics reaches far and wide. He began his career as an assistant wrestling, track and football coach, eventually serving as head football coach from 1996-2000. He also started the Regional All-Star Football Game held right here at Widdel Field at Steinecker Stadium and helped coach in the Ohio North-South All-Star Game in 2000-01.

He was instrumental in the installation of the Turf at Steinecker Stadium, as well as the athletic facilities at the High School and the Huskisson Athletic Center at the football field. He has also been inducted into the National Football Foundation Hall of Fame and went on to serve as the president for the National Football Foundation and Hall of Fame – Toledo Wistert Chapter. He earned the NFF Distinguished Service Award in 2011-12.

Pohlman attended Bluffton University where he played football for four years as a defensive back and earned his BA in Mathematics and Bowling Green State University for his MA in Education Guidance and Counseling. He spent 36 years as an educator in Perrysburg Schools — 27 years as a math teacher, seven years as assistant athletic director and 11 years as athletic director. He is a 2015 honorary graduate of Perrysburg High School and has been a member of the Perrysburg Board of Education since 2016.

Pohlman and his wife Kim have three children, Cori, Brett and Kristi, and six grandchildren.

Swanson is a 1995 graduate. While attending PHS she earned five varsity letters while participating in volleyball and softball.

She attended UT where she played four years of volleyball and was named a co-captain.

Swanson returned to live in Perrysburg with her husband Nick and their two children, Grey and Josie. She teaches at Hull Prairie Intermediate School and coaches Junior Jackets girls basketball, VolleyJackets girls volleyball and volunteers for Safety Town.

Weaver is a 1990 graduate and earned six varsity letters while playing tennis and wrestling.

He attended Princeton University where he was captain of the National Championship Lightweight Crew Team in 1994 and earned numerous awards and graduated Phi Beta Kappa with his Bachelors of Science in Engineering. Graham then went on to get his MBA at Stanford Graduate School of Business.

Weaver works at Alpine Investments, a San Francisco based private equity firm and lectures two courses on management, leadership and entrepreneurship at Stanford.

He attended BGSU where he was a four-year member of the BGSU baseball team and earned MAC Player of the Week twice in 2007.

Well has worked in banking and insurance since graduating from BGSU and lives in Pittsburgh. He and his wife Kelly had their first child in June.

The 2001 Boys Soccer Team was the state runner-up.