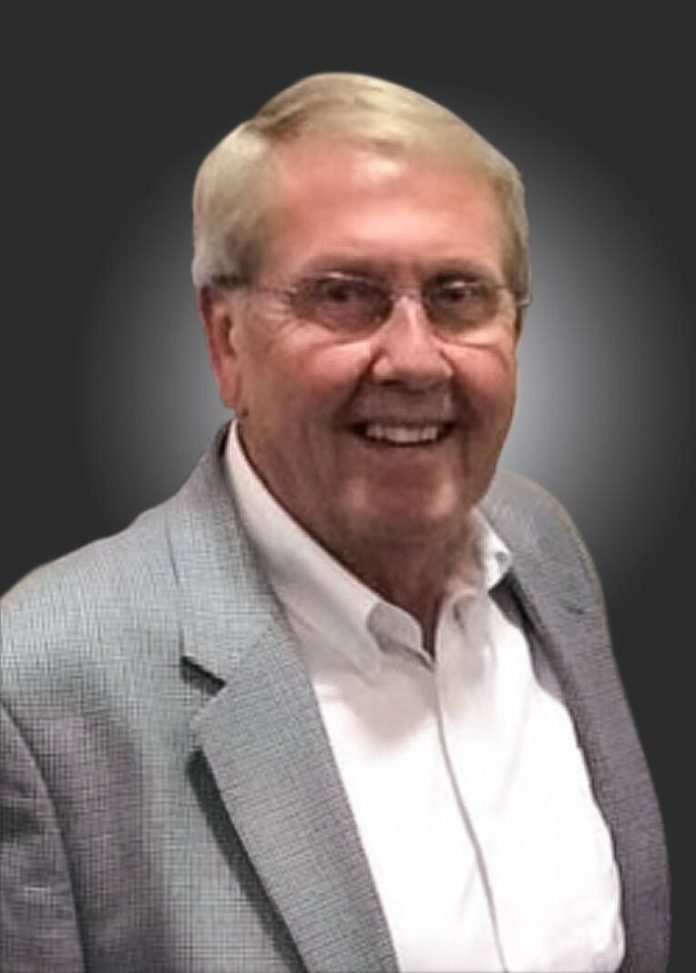 He was born on June 24, 1939 in Deshler to the late Ernest and Edna (Scheele) Seemann. On October 19, 1963 he married another Deshler native, Janice “Jan” (Rettig) Seemann at Peace Evangelical Lutheran Church. They were married for over 57 years until Jan preceded him in death on September 30, 2021.

Dave was a 1957 graduate of Deshler High School. During high school, Dave worked part-time for Leroy Schwiebert Manufacturing where they made church pews and lots of woodworking. He also worked for Dow Chemical in Findlay, Ohio; Norden Decorating, Deshler; and Christman Bros. Builders, Deshler.

Dave was also a basketball player and excelled in baseball. While a junior in high school, he attended a tryout camp for the Cleveland Indians and during his senior year he signed a contract. His high school coach, Garrold Parrett influenced him and several of his teammates to consider enlisting in the U.S. Navy. So Dave had to make decisions about baseball and serving his country. Dave began playing minor league baseball for 2 seasons and would get one step from the major leagues. His first two seasons were played in Batavia, NY (Record 7-11, 17-11). Dave then took his former coach’s advice and enlisted in the U.S. Navy and served his country from 1958-1960. After serving, he returned to play baseball in Selma, AL (17-3); Burlington, NC (7-0); Charleston, WV (0-2, 2-2). He saw a lot of the country during his playing days and played with famous ball players like Luis Tiant, Tommy John and Tommie Agee.

In 1963, Dave quit playing baseball to return home to take a job opening at the Deshler Farmers Elevator (Custar-McClure). He began as a laborer under the supervision of Donald Smith and in 1970 he became the general manager and kept that job until his retirement in 2001.

Now that Dave was settled back home in Deshler, alongside his devoted wife, Jan, they raised a family that created lots of fun and precious memories. Together, they never missed a sporting event for their children and grandchildren. Birthday parties, graduations and weddings were always a priority. They took several trips out of state to visit loved ones and enjoy vacations with others. Dave and Jan’s friends and neighbors were also very important. They enjoyed lots of polkas, planned numerous parties and organized many events for the benefit of their community. Summers at Devil’s Lake, adventures to Las Vegas and get-togethers in their backyard will be remembered by the many people they called family and friends.

For over 45 years, Dave was the superintendent of Deshler Veterans Memorial Field. In 1993 he oversaw the renovations of the original ballfield to be transformed into two fields. He was in charge of the seasonal care of the fields, grounds and scheduling of all games. He further helped organize softball leagues for both the community and the churches. He made sure his own Deshler Farmers Elevator team “The Cornhuskers” participated and led them to a national championship. His wife, Jan was a constant companion, making sure the concession stand was stocked and ready for all the events. He finally retired in 2019, after 45 years.

Dave also had a musical side to him as well. Along with his good friend, Wally Amspoker, they would play together at gatherings and community functions. They played Dixieland Music on their keyboards and sometimes an accordion.

Funeral services will be held at 11 a.m. on Tuesday, January 3, 2023 at Peace Evangelical Lutheran Church, Deshler, with Rev. Kurtis Freimuth officiating. A luncheon will immediately follow the service and then burial will take place at Woodlawn Cemetery, Deshler. Services will be livestreamed on www.facebook.com/peacedeshler.

Visitation will be from 2-8 p.m. on Monday at Feehan-Rodenberger Funeral Home, Deshler and from 10-11 a.m. on Tuesday at the church.

The family suggests memorials to Peace Lutheran Church or a charity of the donor’s choice.

Messages and memories can be left at www.feehanrodenbergerfuneralhome.com