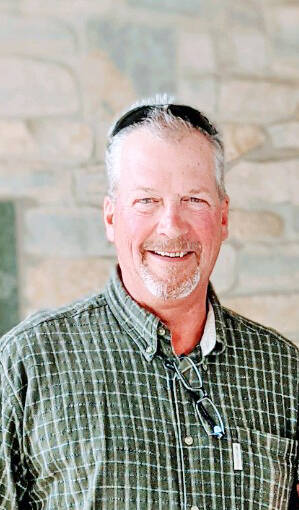 Mike was a 1979 graduate of Lakota High School. He worked in environmental construction for over 30 years and most recently worked for Deere Creek Lawncare.

Mike took fashion cues from no one. His signature every day look was all his: a pair of cargo Duluth khakis, coupled with a work shirt often OSU or Browns design and of course his work boots paired often with a camo hat. He never left the house without his phone clip on his left side and his Leatherman pocketknife on his right. If you ever needed something opened or put together everyone always said, “Where’s Mike?”

Mike adored his children and grandchildren. He taught them how to hunt, fish, garden, and cook. He spent much of his life sitting in tree stands, around a pond or in a boat just enjoying their company. He gave them the gift of learning to love nature and to just be thankful. He also loved to travel with Pam. Taking trips to Echo Bay, Ontario Canada and Sugarloaf Key, Florida was something he always looked forward to. The peace and tranquility of the lake, ocean,and woods shaped Mike and his sense of appreciation of nature. It is often impossible to know the depth or nature of how our lives may impact, or be impacted by, others. But given a little time, we do get glimpses and Mike gave that to his children and grandchildren.

If anyone knew Mike, you knew he was an avid fan of both Ohio State and the Browns. He often scared the dogs and the neighbors with his enthusiastic cheering. He attended many games with his family and friends throughout his years. And of course, he had his dog pound hard hat that he would sport at every game!

Mike had a life-long love affair with his grill. He would grill every night if it was up to him. Often, he would hang with his fur-babies (Bow & Baya) while prepping dinner on the grill for Pam. One of his favorite past-time was arguing with “Alexa” when he wanted her to play one of his favorite songs and she “didn’t understand him”.

Mike was a very social person, and you always knew when he was in a room. Mike often said, “I never met a stranger, I didn’t know.” His kind, gentle soul could not be overshadowed by his rough, tough exterior. He was a friend of many, and he has touched the lives of so many people. He will truly be missed and will never, ever, be forgotten.

A funeral service to celebrate Mike’s life will be held 11 am Monday at the funeral home with Pastor Scott Hall presiding. Formal attire not required. Dress as Mike would like to see you. Browns and OSU absolutely acceptable! “Groceries” will be served after the service.

Online expressions of sympathy and shared memories may be made by visiting www.hoeningfuneralhome.com.