— In “The Banshees of Inisherin,” director Martin McDonagh reteams with Colin Farrell and Brendan Gleeson, the stars of the playwright’s feature debut, 2008′s “In Bruges.” The results are just as good. On a small island off the west coast of Ireland in 1923, they play longtime pals whose friendship abruptly and a little mysteriously comes to an end. Both Farrell and Gleeson have already won awards for their performances. It’s still playing in theaters but on Tuesday it reaches video on demand. In her review, AP Film Writer Lindsey Bahr called it “an aching reverie about friendship and fulfillment that is one of the very best films of the year.”

— Nikyatu Jusu makes one of the more arresting directorial debuts of the year in Amazon Studios’ “Nanny.” The grand jury prize-winner of the Sundance Film Festival, “Nanny” stars Anna Diop as Aisha, a well-educated Senegalese caregiver for a white New York family. (Michelle Monaghan co-stars.) Aisha’s own daughter remains in Africa. She sends home money while her wealthy employers casually take advantage of her kindness. Jusu uses the dark atmosphere of a horror film to convey the dread and displacement of the immigrant experience. It streams Friday, Dec. 16, on Amazon Prime Video.

— The masterful Korean director Park Chan-wook is best known for genre extremes like “Oldboy” and “The Handmaiden.” In his prize-winning latest, “Decision to Leave,” he conjures a more subtly beguiling tale, a slinky fusion of police procedural and romance. The film, which began streaming on MUBI on Dec. 9, stars Park Hae-il as a Busan detective who becomes infatuated by the suspect (Tang Wei) of a murder investigation. In her review, Bahr said the film lulls you “into a misty, dreamlike delirium until you’re not even certain of what’s right in front of your face.”

— Rapper Ab-Soul returns with the album “Herbert” on Friday, Dec. 16, his first full-length studio in six years and a follow-up to “Do What Thou Wilt.” Singles include “Do Better,” and “Gang’Nem,” which features Fre$h. The set will also feature Big Sean, Russ, Joey Bada$$, Jhené Aiko, SiR, Punch, Zacari, Fre$h, Ambré, ALEMEDA and Lance Skiiiwalker. The record is described as “a deliberately intimate portrait of the man behind Ab-Soul going back to his foundation.” It’s a collection that shows off the impressive range he has, including the playful, busy old school hip-hop vibe of “No Report Card” to the slow, airy jazz of “Bucket.”

— A week before the movie release of the Whitney Houston biopic “I Wanna Dance With Somebody,” comes an album with 35 tracks that includes a never-before-released a cappella live recording of “Don’t Cry For Me.” Houston recorded it in 1994 while on The Bodyguard World Tour, flying back to perform it at an AIDS benefit concert. The song and an original re-imagined version of it by producer Sam Feldt is also included on “I Wanna Dance With Somebody” out on Friday, Dec. 16. The movie of the same name hits movie theaters Dec. 23.

— If you’re not familiar with Dale Chihuly’s name, it’s possible you’ve seen his breathtaking, colorful blown glass art. Now 81, his work can be found in museums worldwide (and even on the ceiling of The Bellagio casino in Las Vegas.) Chihuly’s story is compelling as well, as he’s battled mental health issues and experienced personal tragedy. An avid collector of random things including Pez dispensers and midcentury refrigerators, The Smithsonian Channel delves into the artist’s personal and professional life in a new documentary called “The Master of Glass: The Art of Dale Chihuly,” premiered Sunday.

— David Letterman traveled to Kyiv to sit down with Ukraine’s President Volodymyr Zelenskyy for a special one-off episode of Netflix’s “My Next Guest,” debuting Monday. “I’ve never done anything quite like this,” says Letterman in a clip as he descends on an escalator 300 feet below ground. The conversation was recorded in October on a subway platform-turned-stage, complete with a small live audience.

— Rising comedian Atsuko Okatsuka debuted her first HBO comedy special called “The Intruder” on Saturday. Okatsuka is wrapping up an exciting 2022 where she headlined her first national solo tour and made her late-night talk show debut on “The Late Late Show” with James Corden. She also started the viral #dropchallenge with her grandmother on TikTok (where one slowly squats to Beyoncé’s song “Yoncé” while staring into camera) which has received more than 10 million views.

— Some aliens want to conquer Earth. Some want to make friends. And some just want to get “High on Life” — because it turns out human flesh can be quite intoxicating. That’s the premise of the new shoot-’em-up from Squanch Games, the studio founded by “Rick and Morty” co-creator Justin Roiland. As you’d expect, there’s plenty of irreverent humor, mostly delivered by the very chatty weapons you need to repel the invasion. It’s also pretty gross: There’s slime just about everywhere, and enemies explode with a squishiness that’s either delightful or appalling. “High on Life” makes a splash Tuesday, Dec. 13, on Xbox X/S, Xbox One and PC. 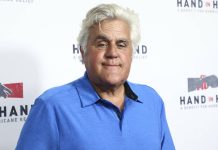 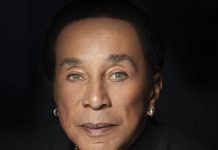 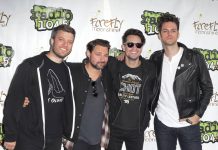 Panic! at the Disco ends; Brendon Urie to focus on family