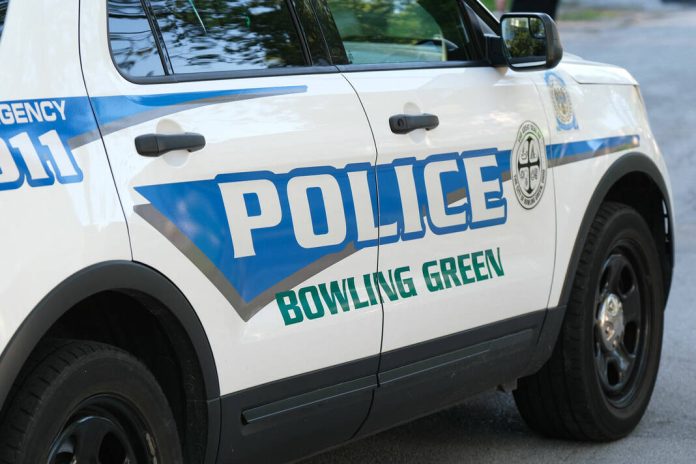 A warrant has been issued for a Bowling Green man wanted for allegedly breaking into a business.

On Thursday shortly after 10 a.m., Bowling Green police were called to the 1000 block of North Main Street for a report that someone broke into a business overnight.

Surveillance video showed a male in a large white flowing coat round the front of the business and try to open a service door without success around 3:18 a.m. on Thursday, according to the Bowling Green Police Division report.

The video showed the man then trying the door handle of a Chevy Equinox before kicking in a different service door. The man then walks out of the door and walks around the parking lot with his hand in the air. He then walked over to a car in the lot and unsuccessfully tries to break out the driver`s side window before leaving the property, according to the report.

Officers then went to a neighboring business and viewed its video cameras. The man was spotted at 3 a.m. in the store trying to use the ATM.

A BGPD patrolman walked into the store to purchase something and spoke with the man before leaving. The patrolman was asked about the man and reported officers dealt with him about an hour later as a disorderly subject in the 1000 block of North Grove Street, according to the report.

The man, identified as Brian Cameron, was transported to his home in the 200 block of South Enterprise Street.

Cameron, 38, was charged with criminal trespass and criminal damaging and after multiple attempts to contact him at his home on South Enterprise Street, a warrant was issued Friday for his arrest.

As of Saturday morning, he had not been apprehended.