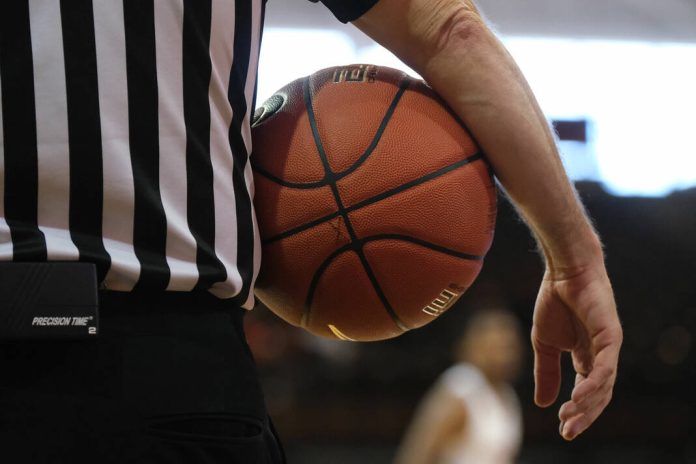 Queens University of Charlotte (N.C.) 6-foot senior guard Kenny Dye scored 24 points in leading the Royals to a 72-66 over Bowling Green Tuesday at the Stroh Center.

Dye was 9-for-14 from the field and was fouled six times, making 5-of-8 free throws. He hit one three-point goal but was mostly beating defenders to the rim, helping his team improve to a 6-2 record.

Huger said there was a plan to stop Dye, and there was some success, but not enough.

“We did a little bit of everything,” Huger said. “Some of it worked, and some of it, he was just so smart he would figure it out, so we were trying to change up the matchups of how we were guarding him. We did a much better job of guarding him in the second half.

“(Guard) Anthony McComb did a much better job, as a freshman competing that hard against a senior who has been playing in college for five years and is probably the all-time leader in scoring and assists and everything else that they have.

“But I thought we did a really good job of containing him. He hit some acrobatic shots at the end that just went in, and that’s the game right there. When you’re playing well, a lot of things go your way.”

Dye scored 15 of his points in the first half as the Royals opened a 40-29 lead at intermission. The Falcons made a run, taking the game to the wire, but fell short.

“I thought the guys played extremely hard,” Huger said. “We competed hard in the second half and got some good stops.

“But we turned the ball over at critical times during the game and that led to their transition and easy buckets on the other end. That brought the lead up from one to eight.

“Now, we have to chip away and got it down to three. We have to be smarter. We have to be tougher. Those are the two things I saw tonight, but I liked the energy and effort we played with today.”

The Falcons came within a point, 54-53, after 6-7 senior forward Gabe O’Neal scored in the paint off a feed from senior forward Chandler Turner with over eight minutes remaining, but that was as close as BGSU would get.

The Falcons outscored the Royals, 37-32, in the second half — two halves like that and BGSU would have won by double digits.

“We blocked shots, we were scrappy, and the refs let us play a little bit. I just felt like we played harder in the second half. If we’d have given that in the first half, I feel like we could have won the game.”

Huger added, “We have to put those two halves together is the thing we are working on. We now have to finish the game and understand when it is time to score at the end of the game.

“We’re learning. As much as you go through these things in practice, and you talk about it at the timeout, you still must go out and execute.”

The Falcons were paced by 16 points from senior guard Samari Curtis and 15 from Turner. Turner added a team-high eight rebounds while Agee followed suit, recording 14 points and seven rebounds for BGSU.

After opening with two wins, the Falcons have suffered five straight losses to fall to 2-5. Huger and Agee believe the Falcons can turn things around before the Mid-American Conference season begins.

“Five straight is always tough no matter what league you are in,” Agee said. “NBA, NFL, it doesn’t matter, but we must take it day by day.

“You cannot take any days off, no matter if it’s rehabbing your body or practicing or coming to get ready for a game, you always have to give everything you’ve got and you’ve got to think about the next day. We can’t dwell on losses,” Agee continued.

Huger added, “We’ve got to continue to work, play hard, compete and I think it will turn around. We are right there, we are getting closer to where we should be, especially on the defensive end.

“Holding a team like that which averages 85 points a game, and we held them to 72, and now we have got to do a better job of scoring. We are getting layups and, I mean, what else can we do about that?

“We are getting point-blank layups and we missed about 16 points of layups. That’s the game right there. It’s such a different game if we make those layups. It’s easy layups and now we have to finish them.

“We missed a lot of open threes. We are a much better shooting team than we’ve shown. Hopefully that will click in, and we’ll start to knock down threes,’ continued Huger.