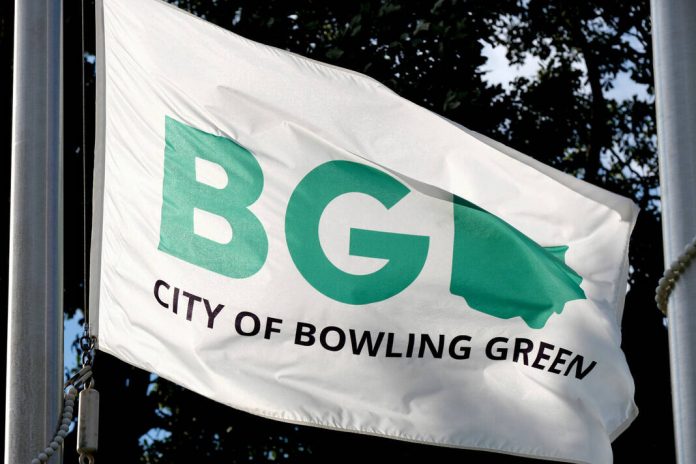 A controversial proposal in the Bowling Green zoning code revision drew a lot of attention during two meetings on Monday.

The “Pedestrian Residential” zoning was a focus of a council committee-of-the-whole meeting, as well as public comment during a regular council meeting later in the evening.

The committee-of-the-whole meeting was council’s third work session since early October aimed at moving through suggestions and recommendations about the proposed code made by the Planning Commission.

The goal of these sessions is to arrive at an adoption draft of the zoning code that can be added to their formal agenda.

Work on revising the city’s zoning code, which was adopted in the mid-1970s, has been ongoing for more than a year.

The proposed “Pedestrian Residential” zoning in the zoning update has proven to be a major focus of public comment and discussion. The district, referred to frequently as the “PR”, is a neighborhood area located in a rough donut around the downtown.

Several residents made their voices heard about the PR.

Les Barber said that the PR would be better located in new developments and subdivisions on the outskirts of the city.

“The city has acknowledged for some years now … that the older residential neighborhoods are in serious decline, and city officials have challenged themselves to seek corrections,” Barber said.

The PR is a “desperate shot in the dark in that direction” and likely to cause “far more damage to our older neighborhoods than good.”

New business uses, Barber said, “are intrusive and simply not needed or wanted by the majority of the permanent residents” and could potentially take away from the vibrancy of the downtown.

Vassiliki Leontis said that the PR “is at best just a step away from being only a commercial zone” and said the kind of families that the city has been hoping to attract wouldn’t want to live there.

She also expressed concern that property values in the area could drop.

Christen Giblin said she feels that the changes proposed by the PR are a “solution to a problem that does not exist. Our neighborhoods are already walkable.” She also said that proposed greater density in the area would only benefit landlords and possibly some businesses.

“We are fighting for our lives,” Giblin said. “Our situation is not good. There are more rentals every year. Property values go down. We bought into this community thinking we could live here peacefully. It’s not necessarily working out that way.”

Joyce Kepke also addressed the issues of property values, asking what happens to the value of a home when a business opens next door. Families, she said, will think twice before investing in such an area.

“These neighborhoods are already burdened with student rentals,” noise, parking issues and other matters, Kepke said. “This district has major problems already and now we’re going to face the possibility that the family home next door to you” could be converted into a business.

Councilman Jeff Dennis said he lives in the area that is proposed for the PR. He said that he understands the challenges of student renters, but the city itself has a large number of renters of all kinds, and a 30% poverty rate. Not only college students are living in apartments, Dennis said, adding that they should be more cautious about advocating for policies that are segregating the community based on wealth.

“There are issues,” Dennis said. “I don’t deny it. I just hope we can be a little bit more delicate when” referring to people who are a large portion of the community’s population.

The city has held a series of public presentations by the Cincinnati-based firm ZoneCo, which was contracted to revamp the code. They were held in October 2021, and February and June of this year, to explain the contents of the draft. The planning commission additionally held four meetings focused on reviewing the draft code and making recommendations to council.

The proposed area is bordered by Poe Road to the north, Napoleon Road to the south, and on the east largely by Enterprise Street. To the west, it is substantially bordered by Maple Street, but it also extends to include portions along Eberly and Gorrell avenues.

Among the Pedestrian Residential district’s major features is that it would allow some businesses to operate within that neighborhood district.

During the meeting, ZoneCo’s Nolan Nicaise, who worked on the zoning revision and attended remotely, discussed aspects of the PR.

He said that the city’s 2014 land use plan update identified goals such as being able to get around easily without a car, health and fitness, and encouraging local entrepreneurs. He said that the standards of the PR were proposed to reflect both the current environment of that area, as well as those goals.

Walkability, Nicaise said, can be improved by allowing destinations to be closer together. The PR hopes to create more walkable destinations that would promote daily exercise, and it also encourages local entrepreneurs, saying that the city must decrease barriers for entry for local businesses, one of which is space. Nicaise said the PR attempts to create spaces that are within a walkable mixed-use district including small start-up businesses.

“Small businesses give a community a sense of identity,” he said.

The PR would also allow two-unit dwellings, and Nicaise noted that the city’s plan identified the need for diverse housing options. Such units, he said, could be beneficial for young couples, empty-nesters and one-person households.

Nicaise acknowledged that some in the public have had concerns about the potential negative side effects of commercial uses in the PR, such as increased traffic, noise and parking issues. He said that the proposed zoning code has protections to deal with such issues.

Council took a number of voice votes on some suggestions for the PR made by the Planning Commission. Among the action, they approved making accessory dwelling units and day care centers conditional uses, and did not approve making artisan manufacturing, restaurants and cemeteries uses there. Retail sales and services were approved initially as a conditional use, but there was interest in discussing removing it from the PR at a later date. 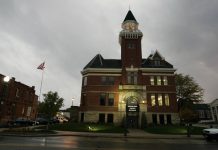