FORT LAUDERDALE, Fla. (AP) — Tropical Storm Nicole hit Florida as a hurricane Thursday, washing away the remaining protections for a stretch of beachfront properties that lost their seawall during Hurricane Ian only weeks before. In Daytona Beach Shores, surging ocean water threatened the foundations of at least a dozen high-rise condos and houses.

Nicole remains a sprawling tropical storm, covering nearly the entire weather-weary state of Florida early Thursday while also reaching into Georgia, the Carolinas and Alabama. Damaging winds extended as far as 450 miles (720 kilometers) from the center in some directions as Nicole turned northward over central Florida Thursday morning.

Krista Dowling Goodrich, who manages 130 rental homes in Daytona Beach Shores as director of sales and marketing at Salty Dog Vacations, witnessed the beachfront disappear behind some of the properties as evacuations were under way.

“While we were there the whole backyard just started collapsing into the ocean. It went all the way up to the house,” she said. The water also compromised the remaining land between a row of tall condominium buildings nearby, she said.

“These were the tall highrises. So the people who wouldn’t leave, they were physically forcing them out because it’s not safe,” Goodrich said. “I’m concerned for the infrastructure of the area right now because once the seawalls are gone, they’re not going to just let people go back in … there will be a lot of people displaced for a while.”

Nicole made landfall as a Category 1 hurricane at about 3 a.m. Thursday, more than a hundred miles south of Daytona Beach Shores, before its maximum sustained winds dropped to 60 mph (100 kph), the Miami-based center said. The storm was centered about 30 miles (50 kilometers) southeast of Orlando. It was moving west-northwest near 14 mph (22 kph).

Robbie Berg, a hurricane specialist at the National Hurricane Center in Miami advised people to understand that hazards from Tropical Storm Nicole “will exist across the state of Florida today.” Nicole came could briefly emerge over the northeastern corner of the Gulf of Mexico Thursday afternoon before moving over the Florida Panhandle and Georgia, he said.

The storm left south Florida sunny and calm as it moved north, but could dump as much as 6 inches (15 centimeters) of rain over Blue Ridge Mountains by Friday, the hurricane center said.

A few tornadoes were possible through early Thursday across east-central to northeast Florida, the forecasters said. Flash and urban flooding will be possible, along with renewed river rises on the St. Johns River, across the Florida Peninsula on Thursday. Heavy rainfall will spread northward across portions of the southeast, eastern Ohio Valley, Mid-Atlantic, and New England through Saturday.

Large swells generated by Nicole will affect the northwestern Bahamas, the east coast of Florida, and much of the southeastern United States coast over the next few days. The storm was expected to weaken into a tropical depression over Georgia on Thursday night or early Friday.

Nicole became a hurricane Wednesday evening as it slammed into Grand Bahama Island, having made landfall just hours earlier on Great Abaco island as a tropical storm. It was the first storm to hit the Bahamas since Hurricane Dorian, a Category 5 storm that devastated the archipelago in 2019.

For storm-weary Floridians, it is only the third November hurricane to hit their shores since recordkeeping began in 1853. The previous ones were the 1935 Yankee Hurricane and Hurricane Kate in 1985.

Mar-a-Lago, Trump’s club and home, was in one of the evacuation zones, built about a quarter-mile inland from the ocean. The main buildings sit on a small rise that is about 15 feet (4.6 meters) above sea level and the property has survived numerous stronger hurricanes since it was built nearly a century ago. The resort’s security office hung up Wednesday when an Associated Press reporter asked whether the club was being evacuated, and there was no sign of evacuation by Wednesday afternoon.

There is no penalty for ignoring an evacuation order, but rescue crews will not respond if it puts their members at risk.

Disney World and Universal Orlando Resort announced they likely would not open as scheduled Thursday.

Forty-five of Florida’s 67 counties were under a state of emergency declaration. President Joe Biden also approved an emergency declaration for the Seminole Tribe of Florida, ordering federal help for the tribal nation, many of whose members live on six reservations around the state. The tribe also owns the Hard Rock Cafe franchise, with several of its hotels and casinos in Nicole’s path.

At a news conference Wednesday in Tallahassee, Gov. Ron DeSantis said that winds were the biggest concern and significant power outages could occur, but that 16,000 linemen were on standby to restore power as well as 600 guardsmen and seven search and rescue teams.

“It will affect huge parts of the state of Florida all day,” DeSantis said of the storm’s expected landing.

Almost two dozen school districts were closing schools for the storm and 15 shelters had opened along Florida’s east coast, the governor said.

Warnings and watches were issued for many parts of Florida, including the southwestern Gulf coastline that was devastated by Hurricane Ian, which struck as a Category 4 storm. The storm destroyed homes and damaged crops, including orange groves, across the state — damage that many are still dealing with. Ian brought storm surge of up to 13 feet (4 meters), causing widespread destruction. 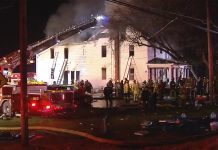 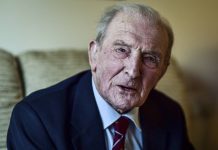 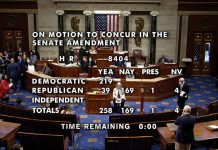