PERRYSBURG — During the Division I regional playoffs, Northern Lakes League champion Perrysburg (11-1), ranked 10th in the final Associated Press state poll, might as well be playing in the Ohio Capital Conference.

Two straight playoff games will be against OCC schools. After the Yellow Jackets disposed of Findlay (5-6), 17-14, in the first round, Perrysburg defeated OCC member Delaware Olentangy Liberty (8-4) Friday at Steinecker Stadium.

The Yellow Jackets and Patriots face off Friday at Fostoria Memorial Stadium’s Dick Kidwell Field, with kickoff at 7 p.m.

Perrysburg coach Dirk Conner has been preparing his team for some physical football.

“It’s not just the Olentangy school district, it is any good football team,” Conner said. “Anthony Wayne will do the same thing to you.

“It is just one of those things where if you want to win football, especially in the month of November, sometimes you must do it in ways that aren’t as pretty in the statistics line or aren’t as pretty to the fan that is sitting in the stands.

“Because at this point all the defenses are going to be good and well coached. They are going to be skilled, and you must learn to grind things out and be efficient and execute.

“The same thing with the offenses that you play — you better be able to be stout in the box, be able to stop the run game. I’m proud of the way our kids did that last Friday.

It was Jerome, another OCC school, that handed the Yellow Jackets their only loss, 24-21, in Dublin during the season opener.

Jerome was the No. 1 seed in the region and ranked ninth in the state, Perrysburg is No. 4.

“If you’d asked us several weeks ago, we’d wanted a shot at Jerome again about two minutes after that game ended,” Conner said. “At this point, it doesn’t matter. We just want to play whoever else is in that bracket opposite us and continue to do that for a few more weeks here.”

Since, Liberty has since won seven of nine games, including a 20-7 win over Toledo Whitmer in the first round of the playoffs.

“You are talking about a really good and well-coached football team, too,” Conner said.

“Getting in the film room (last) weekend, you really see a defense that is similar to the Olentangy Berlin team that we saw last week,” Conner continued. “Offensively, it is a really heavy RPO (read-pass option) team with a savvy, accurate quarterback who understands where to go with the football.”

If the Yellow Jackets can defeat the Patriots, they will take on the winner of No. 4 Springfield (10-1) and Centerville (10-2) on Nov. 18, for the regional championship and right to advance to the state final four.

Perrysburg brings a balanced attack — the Yellow Jackets can go on the ground or through the air.

“T.J. has been phenomenal, and we do feel like we’re balanced and very efficient in both the run game and the pass game,” Conner said.

“When a team tries to take away one or the other, than we can go to the other. It’s just a matter of trying to do what’s best schematically to put our kids into the best situation to succeed whether that is run, pass or anything in between,” he said. “Our kids have bought in, and they really want to win. It’s fun to be able to do that and T.J. has done a really good job of running the show.”

Walendzak, from his linebacker position, leads the team in scoring with 176 points, while senior place kicker A.J. Bibbs is next with 74 points on five field goals and 59 extra-point kicks.

Walendzak leads the team defensively, too, with 102 tackles (30 solo, 72 assists), 3½ sacks, 11 tackles for a loss, one pass break-up, three forced fumbles and an interception.

Matt McEwen, a 6-4, 185-pound senior defensive back, has 77 tackles (24 solo., 53 assists) with 6½ for a loss, four pass break-ups, one forced fumble, two fumble recoveries, and a team-high four interceptions.

Seney, a linebacker on defense, has 72 tackles (18 solo, 54 assists) with two sacks, one tackle for a loss, three pass break-ups and one forced fumble. 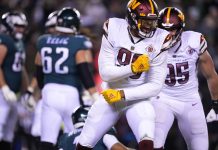 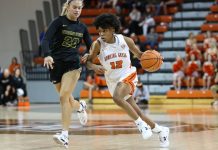 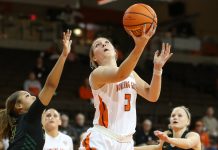