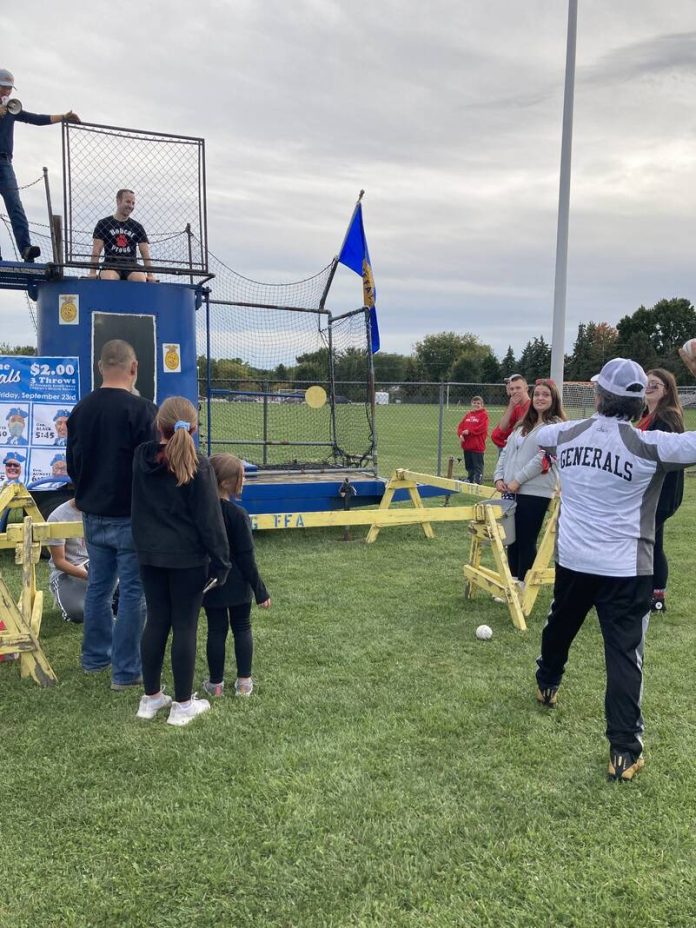 The Bowling Green FFA Chapter kicked off the year with their annual tailgate on Sept. 23 before the Bowling Green vs. Anthony Wayne football game. It raised $700 for Nationwide Children’s Hospital in Toledo.

The night consisted of a dunk tank with Bowling Green City Schools teachers and staff: Dan Black, Katie Bacon, K.C. Hale, Adam Jarvis, Steve Aungst and Bill Ferguson. They helped make a splash to assist the chapter raise money for Nationwide Children’s Hospital in Toledo. In addition, guests were also able to enjoy inflatable activities such as an obstacle course, slide and a bounce house.

Thanks to the donation by Belleville Brother’s Meats, BG FFA Chapter was able to provide free food for attendees during the event. Hot dogs, chips and cookies were on the menu.

As the festivities of pre-game came to an end, the BG FFA Chapter kept busy during the first and second quarters at donation tables. The tables were for fans of both football teams to donate their spare change. This along with donations from the tailgate itself allowed the chapter to raise $700.

A grand total of money raised at tailgate, along with other events throughout the year, will be announced at the March Bobcat-A-Thon event, benefiting Nationwide Children’s Hospital.