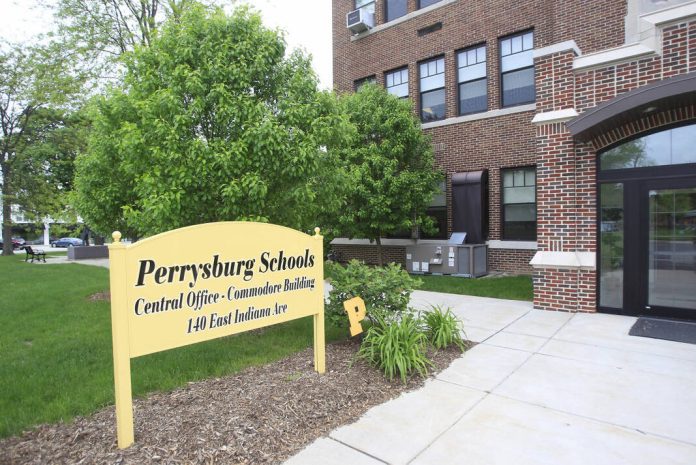 PERRYSBURG — A healthy revenue growth is expected for the school district, but recent changes in the economy present concerns.

Treasurer Randy Drewyor presented the first draft of the annual five-year forecast to the board at their working group meeting on Tuesday, in advance of the full regular board meeting where it will be presented for final approval. The regular board meeting is scheduled to take place on Nov. 21. In the meantime, the members of the finance committee and the other board members will review the presentation.

General property tax represents the largest revenue category in the budget, at 59%.

With a fixed sum incremental levy that lasts through 2024, the budget is in the black through that year.

Drewyor said that the bottom-line expectation is a “healthy revenue growth through fiscal year 2024.”

His belief is based on two key assumptions: annual new construction of 1.3% of the total base and the 2023 triennial property reappraisal by the county auditor with a 10% valuation increase.

In a followup interview, Drewyor said that, state wide, property appraisals are coming in with average increases up by 20-30%.

Wood County Auditor Matt Oestreich also said in a recent interview that he expects the triennial reappraisals to show an average of a 20% increase, if there are no major changes in the economy. The auditor’s office makes the next reappraisals in 2023.

“If it was a normal year, we would end up in that same rate,” Drewyor said of the continuation of 20-30% increases. “Otherwise, I would probably increase the value of those evaluations.”

Drewyor defined normal as not having “the huge increases in interest rates. It shouldn’t affect property tax reappraisals, because property values are built in, but if there’s a big market nose-dive, like took place in 2008, you could see that changing a little bit. I don’t expect it to, but it could. I’m just trying to figure out what level of conservative I need to be with those numbers.”

He said that it should end up at about 20%, but for the forecast, he used a 10% increase in property values.

“It’s such a big number that I’m afraid to put it in there,” Drewyor said of the larger figures.

With the levy, as property values go up, the district continues to receive the same amount of money, but the amount individuals pay in property taxes goes down.

Income tax is the second largest revenue stream, making up 13% of the revenue.

Drewyor expects a modest continued income growth. There is expected to be an annual increase of 4% in fiscal year 2023 and he expects a 3.1% beyond that year. The historical increase has been 4.4%.

The remaining revenue is made up of categories that he said are possible to figure out with formulas, or are very consistent or extremely small percentages, such as public utility property taxes, unrestricted grants-in-aid, restricted state aid, tuition and investments.

The largest expenditures are salaries, 60%, and benefits, 25%. Both are predictable, with cost-of-living increases and health insurance premiums as major drivers.

“We’re holding our own on insurance rates,” Drewyor said.

“This year looks good and next year it starts being a challenge,” Drewyor said. “Frankly, if we don’t want to change the school district, we’re going to have to replace the levy with something of some sort.”