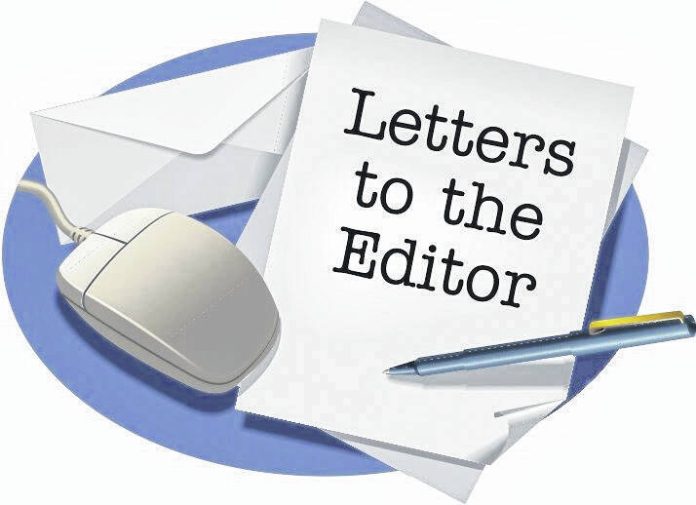 Nov. 11 is Veterans Day, a day our nation sets aside to honor and thank all those men and women who dedicated part of their lives to serve in the U.S. Armed forces.

Now think about this:

What if – when our country called, our veterans said, “No, I’m busy”?

What if – when their service was needed, our veterans refused?

What if – Two hundred forty-six years ago people refused to stand up to King George? There would have been no Lexington, no Concord. Betsy Ross would have been just another seamstress and Boston Harbor would never have had that famous Tea Party.

What if – in 1860 nobody cared about states rights or slavery? What would life be like today?

What if – in 1917 nobody answered the call? What would life be like in Europe?

What if – in 1941 nobody wanted to defend our country? What would our life be like?

What if – the enemies of freedom had prevailed? What kind of life would we have today? Would we be able to speak freely? Live where we choose? Pursue our choice of career? Worship where and when we wanted? If we wanted to worship?

But Americans did answer the call to serve – to defend freedom. Americans from all walks of life, rich, poor, Black, White, Asian, Hispanic, Christian, Jew, Muslim, Atheist, served together and fought together, all answered the call serve.

We live in the greatest country in the world. Where else is there the freedom – the tradition of freedom – we enjoy in the United States of America?

Thanks to all of those we dedicated a part of their lives to serve in the U.S. Armed forces, to defend our freedoms.

From Lexington and Concord, to Bull Run and Appomattox, from the trenches of France to the beaches at Normandy, from Pearl Harbor, Guam and Okinawa, from Inchon and the Frozen Chosen, to Khe Sahn and Hue. From the mountains and valleys of Bosnia and Kosovo to the deserts of Saudi Arabia and Iraq and the mountains of Afghanistan – Americans have answered the call. The call to serve – the call to defend freedom.

Our veterans served our nation with dignity, courage, sacrifice and honor. Service, according to Webster’s dictionary, is defined as, “Acts or deeds completed to help or assist another person or group.”

As we honor our veterans, let us remember those who made the supreme sacrifice as well It is a privilege and an honor to have served in the U.S. Army, Navy, Marine Corp, Air Force and Coast Guard. Serving the people of the United States of America is indeed an honor and privilege.

Freedom, liberty and justice the three most precious qualities of life.

Thank you veterans for serving our great nation.

Herb Dettmer is a retired Bowling Green resident, U.S. Army veteran and writes this column representing the viewpoint of “Joe Average” citizen. He is freelance writer and author of “Others,” a devotional book. Call or text “Joe” with comments at 419-494-4641.