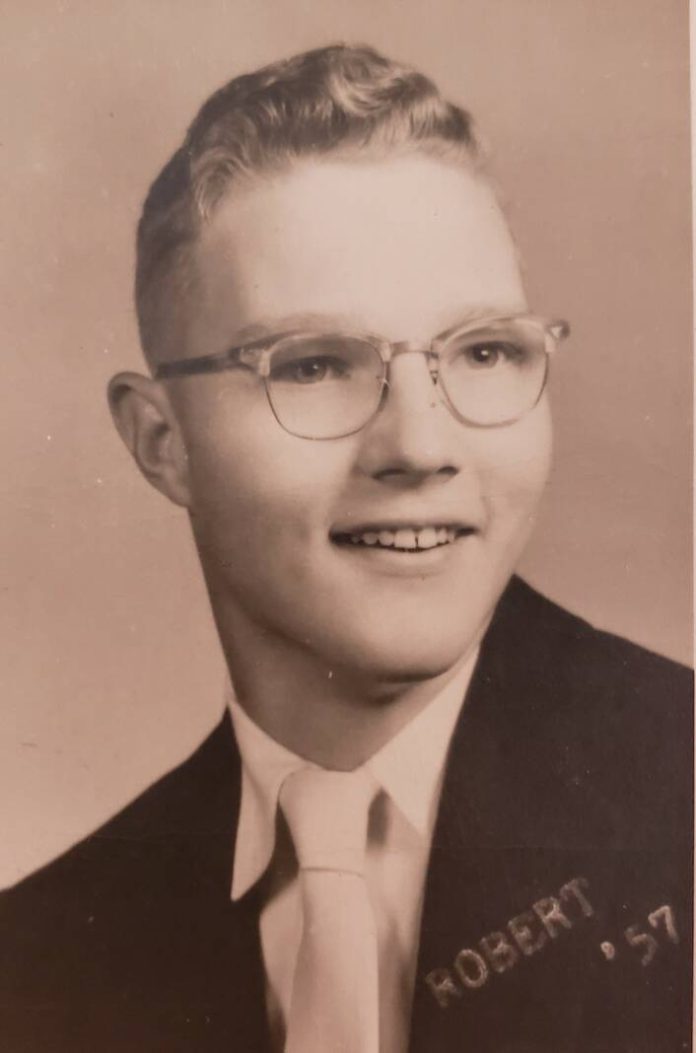 Bob is survived by his children: Pamela (Michael) Henry of Bowling Green; Debra (Joe) Miller of Salisbury, Maryland; and Thomas Boyer of Toledo; 5 granddaughters; 12 great-grandchildren; and a sister Sue Mercer. He was preceded in death by his parents Dale and Alpha; spouse Arlene; and sister Carolyn Romaker.

Bob graduated from Westwood High School in 1957 and went on to serve his country in the US Marine Corps. Reserves. He worked at a number of factories last for Defiance Metal for 25 years. He was an active member of St. Louis Catholic Church, and was a Boy Scout Leader for a number of years. He was also a former member of the American Legion and volunteered for the Custar / Milton Township Fire Department. He loved music and dancing. Back in the day, he enjoyed swimming, boating, water skiing & camping. He also enjoyed gardening, tinkering on his cars and making bird houses. He took great pleasure in entertaining people with his frog puppet named “Foggy”. He did a great impression/impersonation of Frank Fontaine as the Crazy Guggenheim. Bob had a great sense of humor and loved to make people laugh.

Contributions in Bob’s honor may be gifted to St. Louis Catholic Church or a local American Legion.

A Celebration of Life service will be held at a later date.