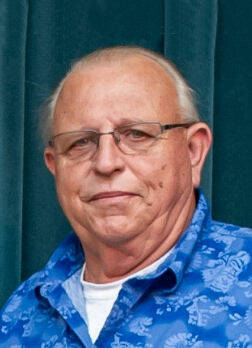 He graduated from Eastwood High School in 1964. Upon graduation, he toured Europe with the All-Ohio Youth Choir. He continued his education learning to draft and began working.

During Vietnam, he volunteered to serve his country in the United States Army. He was awarded a Bronze Star Medal. He remained a proud veteran and was an active member of several organizations including the Pemberville American Legion Post 183 where he served as former Commander, Sons of the American Legion, and Veterans of Foreign Wars Post 10097.

After completing his service in Vietnam, Allen started his own business, Town & Country Landscaping. He later began working for the Ohio Department of Transportation as a landscape architect. He also spent many winters behind the wheel of a snowplow for ODOT.

After retirement, Allen relocated to Fort Myers, FL to enjoy the warm weather and sunshine. His favorite hobbies included spending time at his summer home on Lake Erie, fishing, boating, and trap shooting.

He was preceded in death by his parents, siblings Dennis and Mary Ellen, and grandson Blake.

Funeral services will be conducted on Saturday, October 29, 2022, at 11 a.m. at Bethlehem Lutheran Church, 220 Cedar Street, Pemberville. There will be additional visitation from 10 a.m. until the time of the service. Pastor James Budke will be officiating.

Interment will be in Pemberville Cemetery. A luncheon will be served in the church fellowship hall immediately following.

Memorials may be given to Pemberville American Legion Post 183 or Hope Hospice Cape Coral, FL.

Those wishing to express a word of encouragement, share a memory or photo may do so at www.marshfuneralhomes.com.