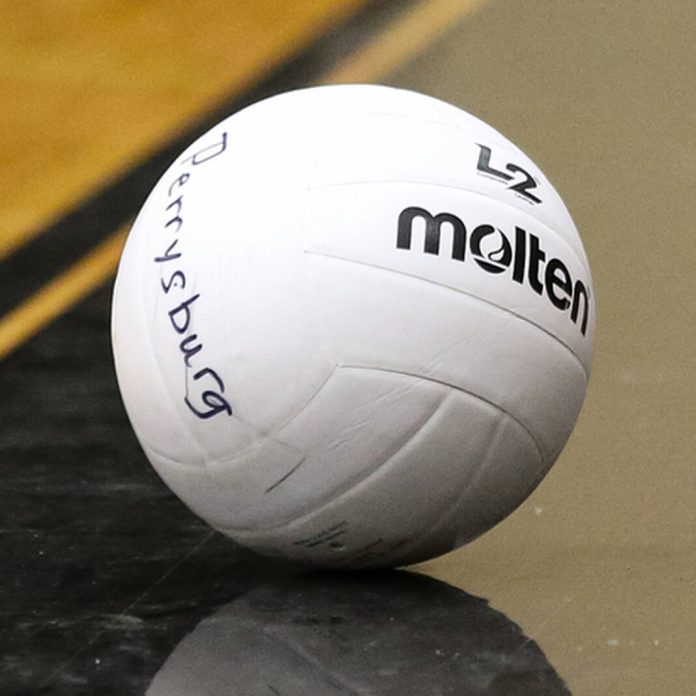 PERRYSBURG — Northern Lakes League co-champions Perrysburg (17-6) swept Findlay on Wednesday, 25-10, 25-16, 25-17, and will advance to next week’s Division I district tournament at Hopewell-Loudon High School in Bascom.

The Yellow Jackets will take on Clay at 7:30 p.m. on Monday and the winner will face the Toledo St. Ursula-Fremont Ross winner on Wednesday at 6 p.m. at Hopewell-Loudon.

In the win over Findlay, Perrysburg senior Sara Pahl had 16 kills and five aces. Senior Avery Adamski had 14 digs and six assists and senior Giana Frayer had 12 digs and 32 assists.

For Eastwood, Nadia Miller had 12 kills, Morgan McMillin and Addison Hartman had 10 kills each, and Lilly Mullholand had eight kills. Hailey Hodulik had 19 assists and Paige Hoodlebrink had 17 assists, and Mulholland had three solo blocks.

Defensively for the Eagles, Joelle Jared had 28 digs, Miller had 18 digs and Saylor King had 15 digs.

The Eagles will take on Archbold on Monday at 7:30 p.m. with the winner facing the Sherwood Fairview-Swanton winner on Wednesday at 7 p.m. at Otsego.

The Yellow Jackets (13-0-5) advance to the district tournament, where they will take on Findlay (5-7-5) at Sylvania Northview’s Cat Stadium on Monday at 5 p.m. The Blue Streaks’ season ends at 1-13-1.

If Perrysburg wins Monday, the Yellow Jackets will face the Sylvania Northview-Ashland winner for the district championship on Thursday at 6 p.m. at Cat Stadium.

FINDLAY — At Elmer Graham Stadium Wednesday, Findlay defeated Bowling Green, 7-0, in Division I girls soccer, ending the Bobcats’ season at 8-10. Findlay advances to the districts at 5-7-5.

Maddy Adams led the Bobcats with 24 points on nine goals and six assists and Macy Ash had seven goals and seven assists.

Sydney Maas had eight goals and one assist, CeCe Marovich had one goal and three assists and Peyton Bosworth had three assists. Goalkeeper Ella Billiot had 49 saves.

Eastwood goalkeeper Eric Sanders had 35 saves. Eastwood’s only win came over Rossford, 4-0, in Northern Buckeye Conference play, but the Bulldogs won, 4-2, in their second meeting.

The Northern Buckeye Conference girls basketball coaches picked Woodmore, in its final season competing in the NBC before moving on to the Sandusky Bay Conference River Division next year, as the preseason favorites.