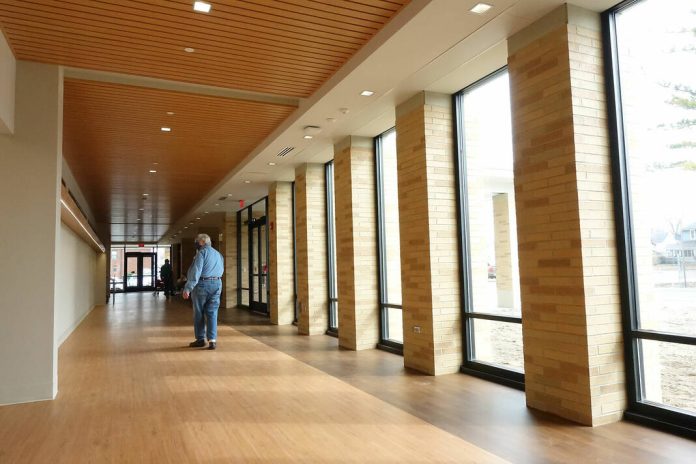 The Wood County Committee on Aging is more than capable — and the state has noticed.

The local agency is one of three counties in Ohio that will be part of a pilot program offering home repair money to seniors. Denise Niese, executive director of the committee on aging, reported to the board at its October meeting, which was held on Wednesday.

Niese said that after a 90-minute meeting with Ursel McElroy, director of the Ohio Department of Aging, the Wood County Committee on Aging was asked to be a part of CAPABLE. It stands for Community Aging in Place – Advancing Better Lives for Elders.

If the project comes together, a home repair help of around $1,300-$1,500 could be available to area seniors, Niese said. The total pot of money over three years would be $350,000-$400,000 per site. The other sites in Ohio that are expected to participate are Washington and Clark counties, Niese said.

“I think we should be proud we have been identified as a potential site for this,” she said.

Clients must be at least 62 years old, homeowners and be at least 80% of area median income.

Some of the home modifications or repairs could include installing railings, grab bars and nonslip strips, along with carpet removal and installing and replacing lighting.

The state is going to apply for a grant through the U.S. Department of Housing and Urban Development.

The CAPABLE program was developed through Johns Hopkins University School of Nursing. The team approach is conducted by a registered nurse, an occupational therapist and a person to make home modifications.

There are usually six visits to the senior’s home, then the repair is done.

“It’s more in depth as far as assessing and modifying the home for these older adults,” Niese said.

Each CAPABLE team will have an expected goal of approximately 20 consumers per six months for a total of 120 consumers from March 2023-January 2026.

“It’s an interesting concept and at this point it’s just a concept,” Niese said, adding that a letter of intent is due at the end of the week.

Then HUD will decide whether they should submit an application, she said.

The Wood County Committee on Aging Board unanimously approved a motion to proceed with the project.

In other business, Niese said there have been some complaints about a senior bringing an assistance dog to lunches and activities at the Bowling Green center.

The dog is allowed in the center, she said.

“We have to abide by the definition and guidelines of Americans with Disabilities Act and we are doing that,” Niese said. “It is what we are supposed to do.”