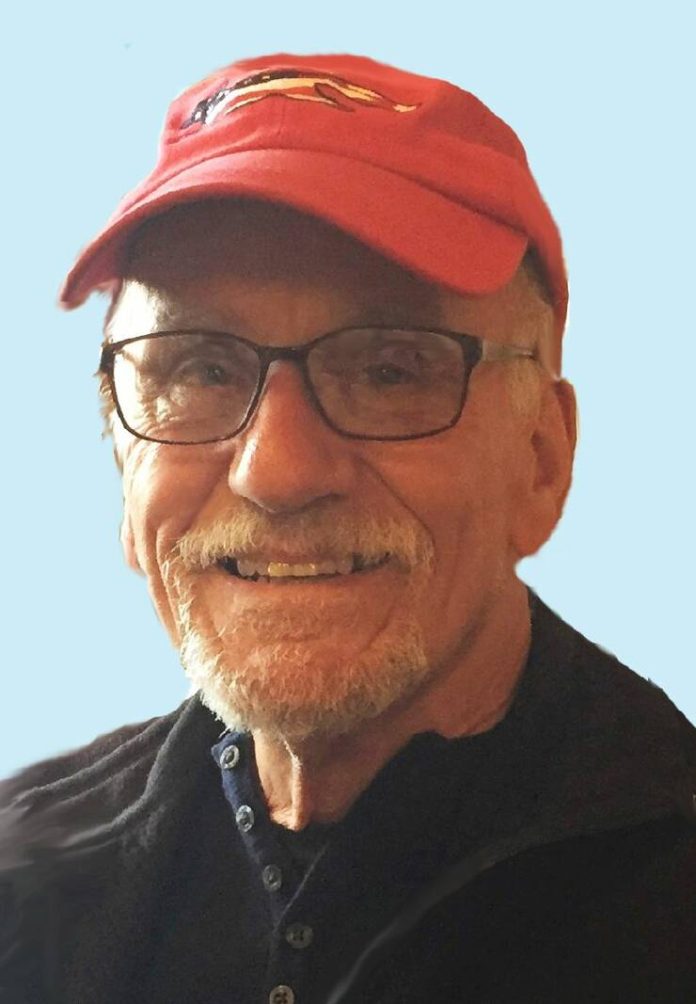 Tom retired in 1998, after 31 years teaching History and Spanish at Lake Local HS.

Tom graduated from Bowling Green HS in 1959 where he was a member of the wresting team and the National Thespian Society. Tom acted in the lead role of the Senior Class play and was lauded in his yearbook as having loads of class spirit.

Of the accomplishments in his life, Tom was proudest of having been among the first group to answer President JFK’s call to join the Peace Corps where he served for two years in a small village north of Tsótota in Colombia, South America. Tom returned to Bowling Green and continued his education graduating from Bowling Green State University with a BA degree in Spanish in 1967. There he met another student, Mary Margret Hennessey of Troy OH and they were married on August 19th that same year.

Before moving to Holland, OH and becoming a member at Little Flower Parish, Tom was an active member of OLPH where both of his daughters attended school and he was a member of the St. Vincent de Paul Society which attends to the needs of the poor. He helped with other parish activities including Bingo and the annual rummage sale. He was also a Eucharistic Minister and volunteered to distribute communion to Catholic patients at UTMC weekly. After retirement Tom attended daily mass with a group who became known as The Morning Glory’s. Tom also served as a volunteer usher for the Toledo Symphony Orchestra.

Tom loved living in Toledo and enjoyed many hours weekly in the Metroparks on long walks with Mary. He visited the Toledo Museum of Art frequently and was fond of many of the art works in the permanent collection. He loved the Zoo which was only a block away from his first family home on Princeton Ave.

Tom and Mary travelled widely to Europe, including Spain, Portugal, France, Italy, Ireland, and Great Britain; to South America, including Argentina, Uruguay, and Chile; sailing the Greek Isles; to Southeast Asia, including Angkor Wat in Cambodia, the Mekong Delta and Vietnam; and an expedition on the Amazon River.

Tom grew up in a farming family and for many years he helped his father and his older brother, Jim on the family farm along the Sugar Ridge Road in Wood County. Aside from farming, Tom was a master of many working skills. He earned his way through college as a union fork-lift driver at H.J. Heinz in Bowling Green, and later he was a professional house painter and often doing work for many of his friends. These are among the many things Tom accomplished in his life. But what truly defined him was his gentle personality, his soft voice, his humility and lack of ostentation, and above all, his generous and loving attention to Mary and his two daughters whom he worshipped, and to the many friends whom he loved and was loved by over the years. Everyone who really knew Tom loved him for these qualities, and for his steadfastness and honesty.

Tom was born on September 17, 1941 in Bowling Green, Ohio the son of James F. Sheffler, a tool and die maker and farmer, and Cletus Eckel Sheffler an English and Latin teacher. He was the second of 5 children.

He was predeceased by his younger brother Dudley (Barbara).

The funeral will be Monday, October 17 at Little Flower Parish 5522 Door St., Toledo, OH 43615 at 11 a.m., with an hour of visitation beginning at 10. Burial will be immediately following at New Bellville Ridge Cemetery in Bowling, OH. Father Reinhart and Father Kahle will officiate.

In lieu of flowers the family asks for donations to be made to the Cherry Street Mission, Little Flower Parish or your St. Vincent de Paul society.