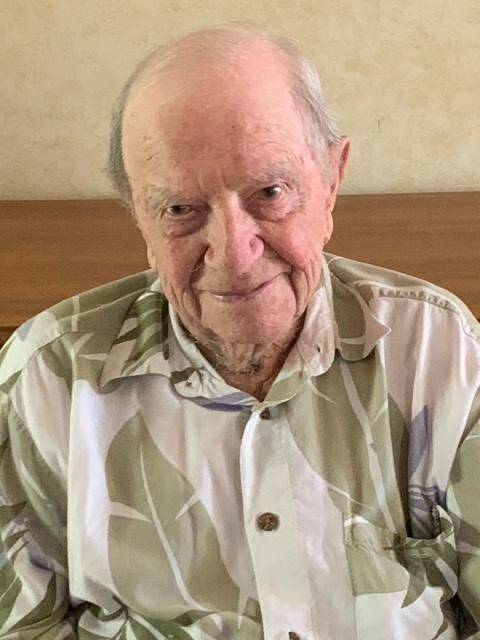 Herbert L. Kratzer, 102, long-time resident of Bowling Green, Ohio passed away September 21, 2022 at Wood Haven Health Care Center. He was born September 15, 1920 in Liberty Township, Putnam County, Ohio to the late Ernest and Velma (White) Kratzer. He graduated from Crawfis High School in 1938 and married the love of his life, Virginia Jacobs, on August 16, 1946 in Deshler, Ohio.

Herb served in the Army Medical Corps at the 22nd General Hospital in England during World War II from January, 1943 to January, 1946. After he was discharged, he returned home and went to business school at Lima Business College. He then went on to work at First Federal Savings of Wood County for 37 years having served as Managing Officer and Executive Vice President. After retirement Herb and Virginia took up woodworking; he did the cutting and she did the artwork (they made quite the team!). They also enjoyed traveling with friends and spending time with their grandchildren and great grandchildren. No Kratzer get together was held without a lot of joy and laughter and a side of sarcasm!

Herb also served as Treasurer for the City of Bowling Green and the Treasurer for Trinity United Methodist Church, where he was also a long-time member and played on the dart ball team for over 60 years. He was also a member of the American Legion Post 45 for 66 years.

Herb was preceded in death by his parents and sisters: Vivian Hixon, Virginia Sutter, and Serge Kratzer.

Herb, lover of chocolate, cashews, and other things sweet and salty, was a blessing to everyone he knew, and he will be deeply missed.

The family will hold a private graveside service with military honors at Wood County Memory Gardens at a later date.

The family would like to thank Bridge Hospice and the staff at Wood Haven Health Care Center for their care and compassion during this difficult time.

The family suggests any memorial contributions be made to Bridge Hospice or Trinity United Methodist Church.