George Jacob Farr, 93, of Bowling Green, OH died Saturday, September 3, 2022 at his residence at Chauncey Pointe in Bowling Green. He was born in Ft Wayne, IN on February 18, 1929 to Homer and Emma Farr. He graduated from Ossian High School in 1947. George entered the US Air Force and was stationed at BGSU.

On September 16, 1951, George married Irene Theresa Farkas in Bowling Green. For a time they lived in Cheyenne, WY and Washington D.C. The couple settled back to Bowling Green in 1954 and he began work at Daybrook Industries. On November 17, 1958, George started at Frank Sales and officially retired in 2018 after 60 years but continued to work Saturdays until his passing. George and Irene raised three sons: Michael, Brian and Darrin. For many years, George and Irene spent winters in Gulf Shores, AL, where they met other couples from Ohio and enjoyed Ohio Club get-togethers. George enjoyed coaching Pee Wee little league baseball, watching Chicago White Sox baseball, Green Bay Packers football, playing golf, visiting family and going to casinos. George would greet you with a handful of life savers candy and strike up a conversation with a complete stranger. He was a active member of the First United Methodist Church in Bowling Green.

He was preceded in death by his parents, Irene and son Brian.

Visitation will be held on Tuesday September 6, 2022 from 5:00 to 7:00 p.m. at Dunn Funeral Home, located in the Historical District of Bowling Green at 408 West Wooster St. His funeral service will be held on Wednesday September 7, 2022 at 11:00 a.m. at the funeral home. Pastor Greg Miller will officiate. Interment will follow at Oak Grove Cemetery in Bowling Green.

In lieu of flowers, the family requests memorial donations be made to First United Methodist Church, Bowling Green. 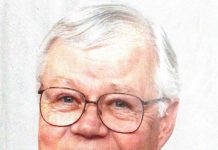 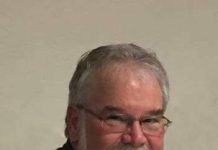