The American labor movement has been the subject of countless films from the silent era to modern day.

Be it the travails of Okie migrant field pickers in John Ford’s 1940 classic “The Grapes of Wrath,” based on the Pulitzer Prize winning novel by John Steinbeck, to the oft overlooked comedy of language miscommunication in “Gung Ho” (1986) from director Ron Howard and starring Michael Keaton. The best of the lot may well be Sally Field’s Oscar winning role as the pro-union organizer in “Norma Rae”(1979) reviewed here two months ago. Today we examine a few of our favorite labor themed films.

The 1920 Battle of Matewan, a violent shoot-out between two heavily armed camps of displaced coal miners and the mine owner’s hired thugs is depicted in John Sayles’ “Matewan”(1987). The real-life bloodbath was appalling and the aftermath exceptionally unjust. Starring the then-unknown Chris Cooper and James Earl Jones, the film was a critical success but a box office flop. The depiction of life in a small West Virginia coal mining town is remarkably accurate and the Appalachian musical score is authentic. I cannot imagine a more dangerous and unhealthy occupation than being a coal miner.

Director Elia Kazan’s 1954 masterpiece “On the Waterfront,” starring Marlon Brando, Lee J Cobb, Karl Malden, Rod Steiger and Bowling Green State University’s Eva Marie Saint, is considered by most film historians as one of the top 10 films of all time. It’s based on the Pulitzer Prize winning expose by New York Sun newspaper columnist Malcomb Johnson, reporting the decades long corruption and violence associated with the dockside longshoreman union in Hoboken, New Jersey. The unmasking of organized crime infiltration with unscrupulous union leaders led to Congressional racketeering investigations and indictments. It was nominated for 12 Academy Awards and won eight Oscars including Best Picture, Director, Actor (Brando), Supporting Actress (Saint), Screenplay and B&W Cinematography. This film, along with “The Grapes of Wrath,” was among the first 25 films selected by the Library of Congress for preservation in the National Film Registry.

There are few films that define the labor movement in Hollywood as vividly as Paul Schrader’s Detroit-set “Blue Collar” from 1978. Schrader, a Michigander, was hot off the presses after his blockbuster screenplay for “Taxi Driver,” and decided he wanted to direct “Blue Collar” as his debut. The film is centered on an auto factory during Detroit’s most unsafe years, with three employees forming an unlikely bond against their oppressive management. The three malcontents are the sharp, smarmy “Zeke” Brown (Richard Pryor), hot-tempered Jerry Bartowski (Harvey Keitel), and play-it-cool ex-con Smokey James (Yaphet Kotto). The performances of all three are exceptional, and could easily carry the film on their own chemistry and charisma (Pryor is especially notable here for flexing his dramatic chops and still making us laugh). Schrader’s screenplay is earnest, nuanced and knowing, and early-on Smokey makes a premonition that is doomed to come true: management and the corrupt union officials will “…pit the lifers against the new boys and the young against the old. The black against the white. Everything they do is to keep us in our place.” Watching the drama (and crimestory) that unfolds between the three friends as they live out that foreboding warning carries surprising emotional weight, and the film’s “message” couldn’t be more prescient today.

Julia Reichert and Steve Bognar, legendary documentarians from Dayton finally won an Academy Award for their saga of the Chinese company Fuyao’s acquisition of the General Motors Moraine Assembly auto plant. “American Factory” is something like a comedy of manners with focused explosions of high drama, riveting tension and unprecedented admiration for its subjects. After the GM plant closed, Fuyao reopened it to manufacture auto glass, and the new workforce, consisting of both long-time American auto workers and Chinese immigrants, who have recently settled there, is subject to conditions that both unify and divide them across backgrounds and experiences. The documentary is teeming with characters that almost seem fictional in their local color, except that many of them are known to Ohioans in everyday life (there is an outrageous sequence in which Sherrod Brown visits the plant and an executive threatens to “cut his head off with big scissors”). “American Factory” presents a concrete connection between worldwide labor movements. Also check out “The Last Truck: Closing of a GM Plant” (2009), which is an Oscar-nominated short film about that same plant before it initially closed and is also excellent. 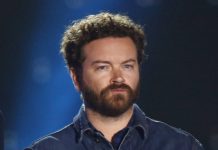 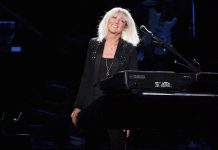 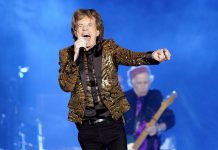