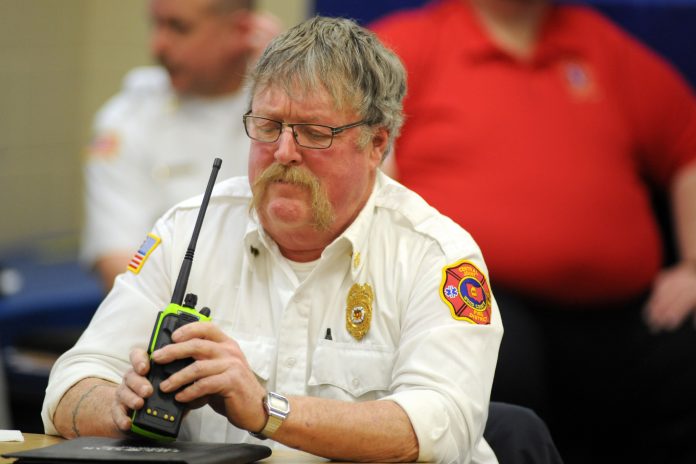 COLUMBUS, Ohio — Several Wood County fire department have received 2021 MARCS grants.
State Fire Marshal Kevin S. Reardon announced the first round of recipients of the Multi-Agency Radio
Communications Systems grant, which includes 242 fire departments in 46 Ohio counties.
The MARCS radio system allows first responders to seamlessly communicate, not only with each other, but
with other agencies responding to an incident (i.e. fire departments from neighboring areas, law
enforcement, etc.).
“Having first responders on this state-of-the-art radio system goes a long way in improving emergency
services in these counties, which greatly improves the level of safety for them and the communities they
protect,” Reardon said.
MARCS radios are sophisticated systems, and the cost can be significant. In order to make more radios
possible for local fire departments, the State Fire Marshal’s office has begun decreasing the amount of
user fees awarded. This year, SFM received more than $9 million in requests for the $3 million in total
available funding.
“This is a highly competitive process that requires us to make some tough choices in order to enhance the
system,” Reardon said. “The emphasis of this grant has always been to grow the MARCS program, and our
ultimate goal is to one day have every department in Ohio on this system.”
Priority funding went to departments that applied as part of a regional or county-wide effort, and
departments that showed they are prepared to use the radios immediately.
This is the sixth year the State Fire Marshal’s office has offered this grant.
Second round recipients will be announced in late January.
The Wood County fire departments receiving funds:
Cygnet $1,440
Grand Rapids Township $1,440
Hoytville $1,440
North Baltimore $1,200
Pemberville-Freedom $1,560
Central Joint Fire $1,440
Risingsun $600
Wayne $1,440
Weston Township $1,440
Middleton Township $1,440
Troy Township $1,440