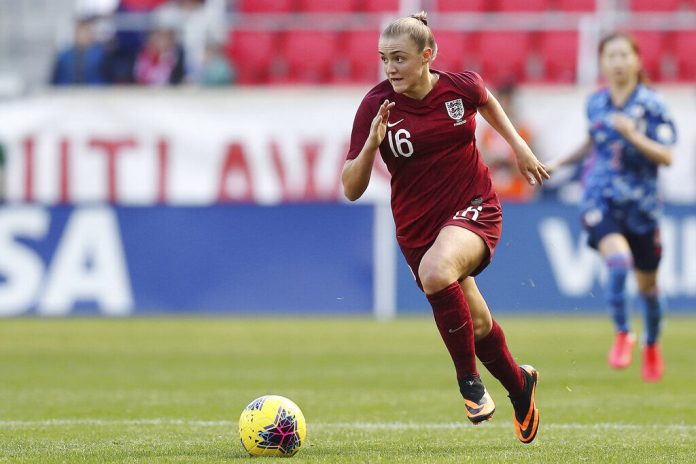 By KEN MAGUIRE Associated Press
After a pandemic-induced end to last season, women’s soccer in England seems reborn with the arrival of
World Cup-winning Americans, a slew of Australians and robust enthusiasm about the league’s potential.

Women’s teams could only watch as the Premier League restarted and finished its season following a
coronavirus stoppage. Their six-month wait is nearly over, and optimism abounds in the Women’s Super
League.
"We’re pushing to try and make it the best league in the world," Manchester City forward
Georgia Stanway said.
Defending champion Chelsea takes on Man City — the team it leapfrogged for the 2019-20 title when
standings were determined on a points-per-game ratio — in the new season’s curtain raiser: the Community
Shield scheduled for Saturday at an empty Wembley Stadium.
It’s the first women’s Community Shield match since 2008 and is part of a doubleheader with the men,
which features Liverpool against Arsenal. The Football Association, which runs the WSL, says the twin
bill is designed to boost visibility of the women’s game.
The 12-team WSL begins its 2020-21 season the first weekend of September.
Man City made a splash with the signings of United States midfielders Rose Lavelle and Sam Mewis.
"They’re unbelievably experienced players, both club and internationally," Stanway said of her
new teammates. "They’ve won World Cup medals, Olympic medals. It’s so good to see how competitive
the league is getting. It’s exciting to be a part of."
Manchester United is reportedly pursuing American teammates Tobin Heath and Christen Press.
This follows the January debut of Australia striker Sam Kerr at Chelsea. Many other Aussies have
followed.
"The WSL right now has an unbelievable opportunity, just because of the way that 2020 has panned
out," said Wales international Jess Fishlock, who joined Reading this year on loan from OL Reign in
the United States. "This year is going to be pretty special."
With the NWSL’s schedule thrown into disarray because of the pandemic, players have looked to Europe and
especially England, Fishlock said.
"These teams are getting players that they arguably might not have gotten if we were still playing
the NWSL right now," she said, referring to the U.S. league’s normal April-to-October schedule.
Tottenham picked up two Orlando Pride players — Australian Alanna Kennedy and Canadian Shelina Zadorsky —
on loans.
Even before the pandemic, the WSL was attracting top talent. Kerr waved goodbye to the NWSL and
Australia’s November-to-February W-League when she signed with Chelsea for reportedly more than $400,000
per season.
Other Aussies came, as well, like Caitlin Foord at Arsenal.
"There’s a lot of us over here," Foord said in a media session before Arsenal’s recent 2-1 loss
to Paris Saint-Germain in the Champions League. "European football, with the level it’s at, and the
English league obviously making strides as well, I think that was very attractive to us."
Arsenal manager Joe Montemurro, himself an Aussie, has added more Matildas in defender Steph Catley and
goalkeeper Lydia Williams.
"They’re obviously here because they want these challenges," Montemurro said. "I still
believe (that in) the WSL — seven or eight teams on their day can beat the top sides."
Players talk optimistically about cracking the "Big 3" of Chelsea, Manchester City and Arsenal.

"We’re more than capable of doing that," said Katie Zelem, the captain of Manchester United,
which finished fourth last season — its first in the WSL after the club reintroduced a women’s team only
two years ago.
Arsenal striker Vivianne Miedema led the league with 16 goals last season, followed by Chelsea midfielder
Bethany England with 14.
Chelsea also added Germany midfielder Melanie Leupolz, who left her captaincy behind at Bayern Munich;
and Canada midfielder Jessie Fleming, who signed a three-year deal out of UCLA after she opted not to
enter the NWSL draft.
Players have been taking a knee before kickoff at preseason games, and they plan to continue that
practice in support of Black Lives Matter.
"I’m expecting everyone to be taking knees, for at least the first game of the season," Reading
forward Danielle Carter said.
Aston Villa defender Anita Asante said it would be helpful if teams and the FA coordinated on a response,
to take pressure off players.
In a statement, the FA said it "will support any player who wishes to take a stand against
discrimination in a respectful manner, this includes taking a knee."
The coronavirus, of course, remains a threat. Teams returned to training with twice-weekly testing. The
Premier League provided 1 million pounds ($1.3 million) to help the WSL cover testing costs in the
buildup to the new season.
Before the pandemic, attendance was rising, likely boosted by England reaching back-to-back Women’s World
Cup semifinals. A WSL record crowd of 38,262 saw Tottenham play Arsenal in November.
___
More AP soccer: https://apnews.com/Soccer and https://twitter.com/AP_Sports