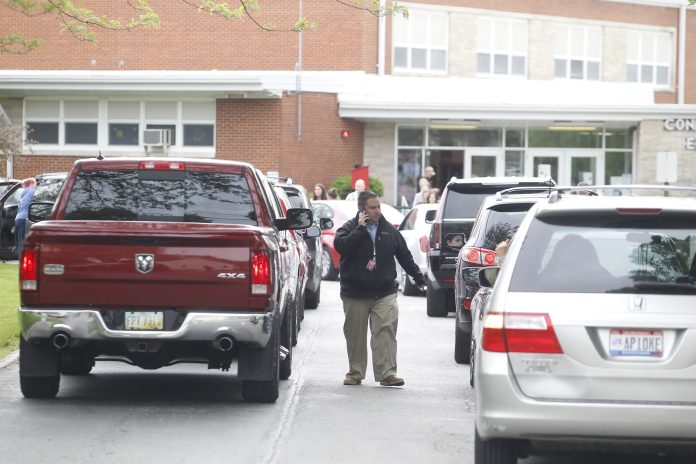 A suicidal man who led to the lockdown of Bowling Green schools this week may never have been in the
area, according to the Henry County sheriff.
Sheriff Michael D. Bodenbender said that the man took his own life in Henry County on Tuesday. He
declined to provide any additional details.
“I don’t know if he was ever in Bowling Green,” Bodenbender said. adding that the man’s death was close
to the county line.
The Bowling Green Police Division was notified around 11:30 a.m. Tuesday that a suicidal man was in
Bowling Green City Park with an assault rifle. The information reportedly came from a cell phone ping.

Henry County received a call from the suspect’s sister, according to the BGPD. Henry County used the
man’s phone location information to identify that he was in Bowling Green, said Lt. Dan Mancuso of the
BGPD.
Henry County contacted the Wood County Sheriff’s Office, which subsequently contacted BGPD, Mancuso said.

Bodenbender said a cell phone ping specifically in City Park would have been difficult; the action can
triangulate a cell phone’s location, but not to a specific area, he said.
Mancuso agreed.
“We were contacted because of the cell phone location,” he said. “Officers in Bowling Green never saw
him, so we don’t know 100% if he was ever in town.”
Several Bowling Green schools, including Conneaut Elementary, the middle school and high school, were on
lockdown for approximately 25 minutes due to the proximity to the park.
Officers were dispatched to the area and began trying to locate the subject, and the schools were
notified of the incident, Mancuso said.
He said officers were unable to locate the suspect in Bowling Green. They received additional information
via the subject’s cell phone that indicated that the subject was back in Henry County.
Bodenbender said the incident “is a non-issue. We took care of it.
“There was never a criminal act, never a threat toward anyone else.”