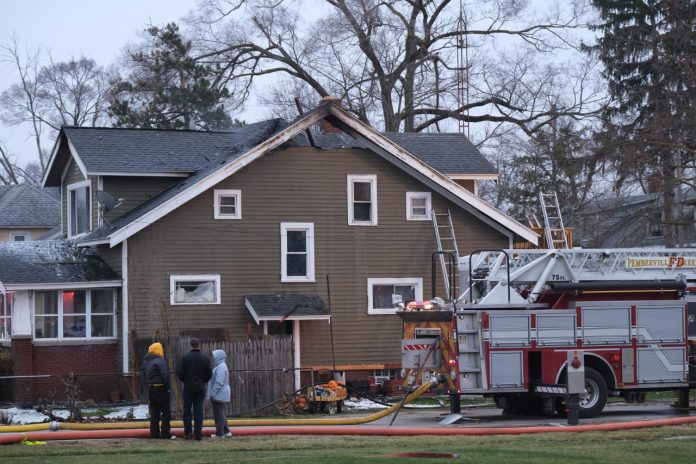 STONY RIDGE — A house on Fremont Pike has “very substantial damage” after a fire broke out early this
morning.
Troy Township Fire Chief Randy Woodruff said the department was dispatched to the house at 3343 Fremont
Pike at 5:44 a.m. for smoke showing at a structure.
He said there was "very substantial damage" and it’s too early to tell if the house is a total
loss.
The house not occupied at the time. A business near the back of it was not touched by the fire.
Woodruff said that it appears that the house was being remodeled or was under some type of construction.

The state fire marshal has been called to investigate.
U.S. 20 is shut down in both directions right now.
Several other area fire departments assisted.