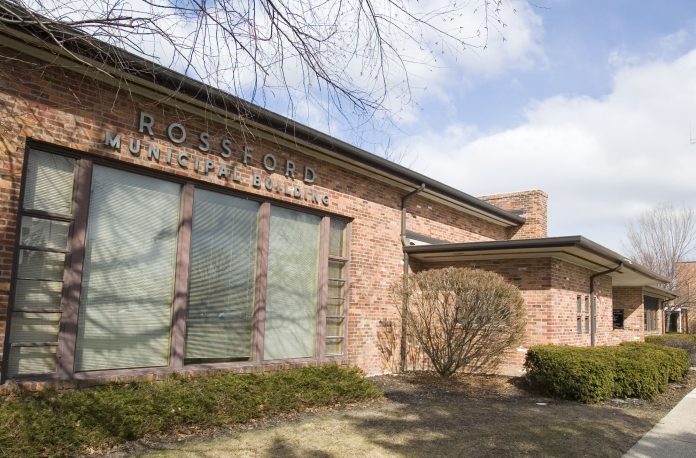 ROSSFORD — Council passed two ordinances and two resolutions, all of which were focused on the upcoming
work on the planned roundabout at the intersection of Ohio 65, Lime City and Colony roads.
The two ordinances involve authorizing temporary right of way on the properties for use during the
construction process. Both were passed on Monday after council suspended the second and third readings
and passed them as emergency matters.
Kevin Heban, law director, said that one of the properties will be used as a permanent retention pond.

Heban also said the two resolutions are designed to start the appropriation process, if needed, on two
pieces of property where negotiations are ongoing with the property owners. Should the negotiations fail
to reach an agreement the city can acquire the needed property for the project through appropriations.

Heban said city officials and the property owners are expected to reach agreements before the 30 days
required.
The resolutions authorize giving official notice to the property owners of the possibility of the city
acquiring the property. After 30 days, council would have to pass additional legislation to make the
purchase without a signed agreement.
In other business, Mayor Neil A. MacKinnon III announced the city has put down temporary pavement
markings and activated the new traffic lights associated with the high school and middle school entries
off Ohio 65.
City and school officials have recently expressed different views as to why some of those details have
not been taken care of in a timely matter.
“It was a safety issue. I made the decision to move forward and get it done,” MacKinnon said after the
meeting.
Initially one of the lights was not triggering properly when vehicles approached off the side street. The
mayor said that matter was fixed earlier on Monday.
There are still some minor matters with the roadways, such as curb cuts that will need to wait until the
weather allows. Also MacKinnon said the striping that was put down is only temporary and likely will not
last through the winter.
MacKinnon also presented Karen Freeman, finance director, an award from the Government Finance Officers
Association for the United States and Canada recognizing her with the Certificate of Achievement for
Excellence in Financial Reporting.
The announcement of the award states the certification “is the highest form of recognition in the area of
governmental accounting and financial reporting and its attainment represents a significant
accomplishment by a government and its management.”
The award was presented for the 2018 fiscal year.