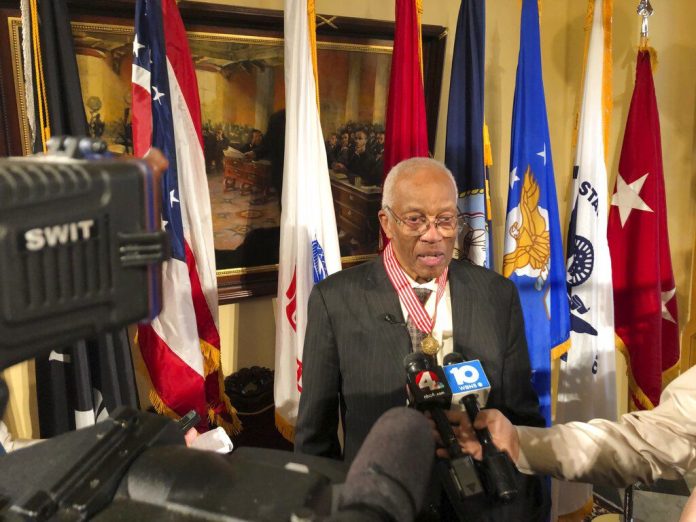 COLUMBUS, Ohio (AP) — Ohio Gov. Mike DeWine on Thursday presented the state’s highest non-combat
decoration for service to a retired fighter pilot and astronaut.
Col. Guion Bluford of Westlake in suburban Cleveland flew 144 combat missions in South Vietnam with the
U.S. Air Force and later earned a doctorate in aerospace engineering at the Air Force Institute of
Technology at Wright-Patterson Air Force Base in Dayton.
In 1983, Bluford became the first black astronaut to fly in space on a shuttle mission. DeWine presented
the 77-year-old Bluford with the Ohio Distinguished Service Medal at an Ohio Statehouse ceremony.
"Your commitment and dedication over the course of your career in aviation are a tremendous
inspiration to generations of Ohioans," DeWine said. Bluford was honored on the 58th anniversary of
John Glenn becoming the first American to orbit the Earth.
Bluford attributed his success to chasing his dreams and advised others to do the same by figuring out
"what gets you excited."