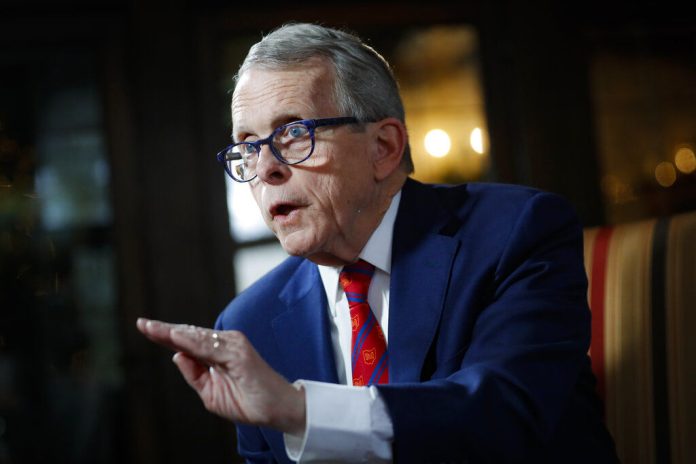 COLUMBUS, Ohio (AP) — There’s limited evidence that expanding the electronic monitoring of inmates in
Ohio would reduce the rates at which ex-offenders commit new crimes or that it would enhance public
safety, according to a new report.
In addition, creating a system that would allow real-time monitoring of inmates in the hopes of placing
them near crimes would still do nothing to prevent such crimes from happening, though it could help aid
investigators and parole officers, according to the report released Monday. Such a system is known as
"crime scene correlation technology."
"The daily operations required for such a system are exceedingly complex and would require careful
planning and consistent oversight," according to the report, which was given to a state taskforce
looking at all aspects of supervising inmates upon release. "Additionally, the costs associated
with developing and operating such an initiative would be substantial and recurring."
Gov. Mike DeWine created the taskforce last year after a recently released inmate in Dayton allegedly
stabbed his father, stole a police cruiser, and then crashed it into a van, killing two 6-year-old girls
and injuring others. The inmate had recently been paroled on a robbery conviction.
The report itself grew out of the 2017 slaying of an Ohio State University student who was kidnapped
after leaving her restaurant job, raped and killed in suburban Columbus. Her killer had been released
from prison two months earlier and was wearing an electronic monitor at the time. A 2018 sentencing law
required the GPS feasibility study that was conducted by the University of Cincinnati.
Electronic monitoring is generally most effective in reducing repeat crimes when it’s used as an
alternative to imprisoning offenders, and less effective when it’s used on offenders after they’re out
of prison, the report said.
Electronic monitoring of inmates can be an effective tool, especially if combined with treatment
services, placement in halfway houses, and other measures to address inmates under supervision, said
Reggie Wilkinson, the taskforce co-chairman and a former director of Ohio’s prison system.
While it could act as a deterrent for some offenders, "if it doesn’t matter to the person wearing
the monitoring device, it may not prevent that crime from taking place," he said.
Many law enforcement officials interviewed for the study were enthusiastic about the concept of the crime
scene correlation technology, in part because a "more integrated system could aid law enforcement
officers in their pursuits to locate offenders," the study said.