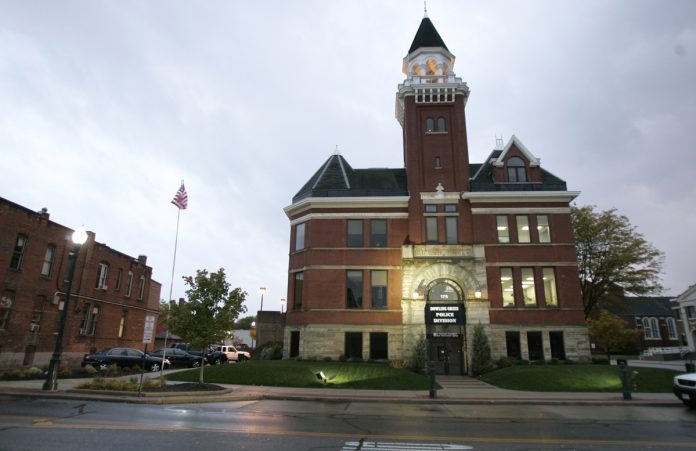 Funds to outfit Bowling Green Police Division officers with body cameras could be included in the city’s
2021 budget.
On Monday, council’s transportation and safety committee passed a motion recommending the city
administration move forward as quickly and responsibly as possible to implement a body camera system for
the police division.
The committee met to discuss a variety of safety and transportation issues which could have an impact on
the formulation of the budget.
Mayor Mike Aspacher said body cameras have been a conversation in recent months.
“I have made this a priority for me for consideration in the budget that I will present to council for
consideration in the coming months,” he said.
Aspacher said BGPD Chief Tony Hetrick and other members of the police division have also identified body
cameras as a priority.
Assistant Municipal Administrator Joe Fawcett said prior to the meeting that the police division is
currently piloting a select number of body cameras now.
Aspacher said they are at the beginning stages of developing the 2021 budget and a great deal of work is
being done at the BGPD to consider ways that they could implement a body camera system next year.
“They are considering it actively, they are pursuing actively grant opportunities” he said.
They are also considering how a body camera system would impact the BGPD budget, the city budget and
police operations. Aspacher said that it’s a complicated undertaking – the storage systems involved are
complex, and there would be both significant up-front costs as well as ongoing costs for storage of the
video.
There would also be a personnel component for consideration regarding staff needed to catalogue the
videos and redact them if necessary when there are public records requests.
“It is a priority of mine, it is a priority of the police division, and we would certainly hope to have
more to report on that when we present the budget to you in the near future,” Aspacher said.