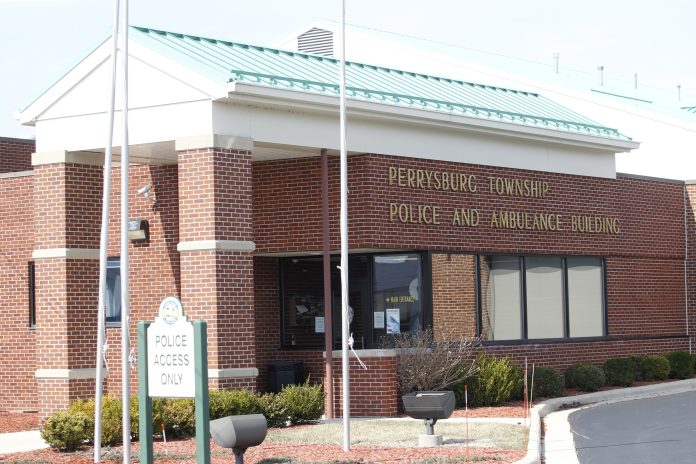 LIME CITY — A citation policy is being considered for illegal dumping related to the Perrysburg Township
recycling program.
“The idea is not to issue a hundred citations, but education on how to use the facility,” said township
administrator Walter Celley at the Aug. 21 meeting.
Celley will be issuing a draft policy.
“Cameras are recording video images of vehicles and persons using facility. Images may be used for
enforcement purposes,” states the new signage that is being posted in the recycling area outside the
township building at 26609 Lime City Road.
The recycling program has expanded several times since it started in June 2018, but some users are not
following the rules.
Some of the most common violations are cardboard boxes not being broken down, incorrect items being
placed in containers and commercial entities utilizing the free program, which is meant only for
residents.
The emerging policy follows the July 18 Wood County Commissioners meeting, where options were discussed
concerning steadily increasing use of the program.
Also in response to suggestions from the meeting, the township recreation department has created new
signage for the recycling program.
Magnetic signs are being created for the recycling dumpsters. They will indicate if a container is full
and that it should not be used.
“It is a nice public service to have open 24/7,” Celley said.
The magnetic signs can be moved to indicate that a container is full. Previously, the facility had to be
completely closed until full dumpsters could be emptied. The goal behind adding the signage is to allow
the site to remain open if some of the containers still have available space.
There will also be new signage stating the recycling facility regulations. Violation of the regulations
is considered criminal trespass, a fourth-degree misdemeanor.
“I think we should be thanking the people for participating in recycling, from Wood County, Ohio. I think
this comes off a little too authoritatively. Our purpose here it to get people to participate,” said
Trustee Bob Mack.
Trustee Gary Britten agreed and suggested that the “thanks” message be added to the top of the regulation
sign.
In other business, a grant application with the county for Starbright Park resurfacing with a 1-foot deep
layer of wood chips for $9,875 was approved.
The park is being expanded with used playground equipment donated from the Rossford School District. It
will have a layout similar to the Glenwood playground.
Glenwood Road is closed at the Ohio Turnpike bridge for repainting, to be reopened on completion.
Trustee Joe Schaller had comments about dust and water ponding along the road.
“We just spent something like $2 million on that road, and 5 feet off the edge of the road is water
that’s probably 6 inches deep. It needs to be taken care of,” Schaller said. “Another situation is we
still have a lot of dust, dirt and mud along Glenwood Road every day. We expect people to drive down our
new $2 million road and it looks like a dump site.”
County Engineer John Musteric was at the meeting and answered questions about the responsibility of
businesses and who has jurisdiction.
“Maybe I’m going to have to have a talk with the EPA directly and the Ohio Department of Natural
Resources directly and see what they can have done. People think because they are in the unzoned area,
they can do anything they want, and that’s not the case,” Musteric said.
The Wylie and Sons Sand and Stone facility was discussed.
“In my opinion, sweeping it off the roads and into people’s yards is not an answer,” Schaller said. “He’s
a private business. He should be responsible and take care of some of this himself. Evidently he’s not
going to. People complain every single day about this, and about the dirt on the roads and the dust and
things like that.
“We took an oath as trustees, to the residents of this township and to God, to serve the people. When
they complain, they want answers and they want to see results, so we need to do something about it. We
may need some help. It’s not our jurisdiction. It’s not our rules that govern mining and operations like
this.”
Schaller asked Musteric to look into the issue further.
The county roads chip sealing process is finished.
A Memorandum of Understanding with the fire departments of Monclova Township, Maumee, Waterville and
Perrysburg was approved.
“It is basically to delineate which areas each one of those entities is going to respond to,” Fire Chief
Tom Brice said.
Also at the meeting, the trustees:
• Heard Hull Prairie Road construction is expected to be finished by the end of September.
• Heard the Redflex speed camera program has ended, with seven cases dismissed and three hearings. Time
has expired for contesting. The highest speed ticketed was 108 miles per hour.
• Approved a new police pursuit vehicle. The Dodge Durango was purchased for $30,340, which will come
from the drug fund.
• Hired Marissa Jo Morrin as a dispatcher at a rate of $23.19 per hour, starting Sept. 15.
• Renewed a Microsoft site agreement for a two years renewal for $6,006.
• Renewed VMWare 2019 for $1,158.
•Approved compensating CSX for additional flagging at Glenwood Road for $1,900.