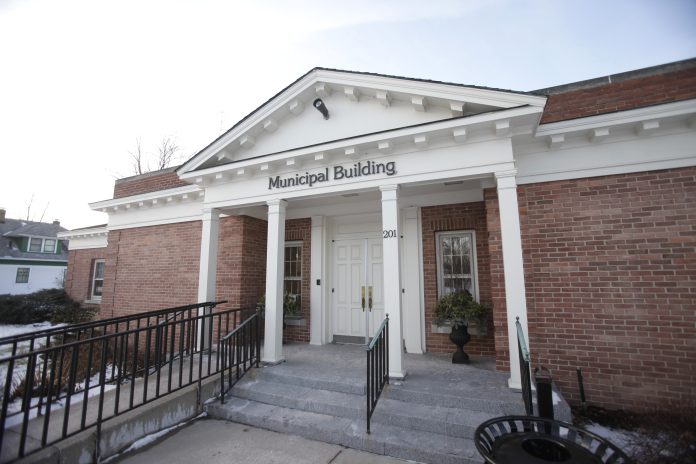 PERRYSBURG — The city administration organized a meeting with business owners regarding Americans with
Disabilities Act compliance and has engaged a consulting firm to create an assessment.
The Ability Center met with the city administration and local business owners June 6 at Way Public
Library.
Bridgette Kabat, city administrator, had mailed letters to business owners with property on Louisiana
Avenue for the special meeting “to discuss ADA requirements for small businesses and to provide input on
how we can accomplish accessibility for our residents and guests to enjoy the downtown businesses.
“As a follow-up to that, we are going to begin the process to put together a request for qualifications
with the Ability Center, and we’re going to sit back down with those business owners again, go back
through it, share with them what we’re trying to do, what we’re trying to accomplish, but the meeting
went pretty well,” Kabat said.
The letter stated “city council approved the mayor’s budget request of $80,000 to explore options to
provide ADA accessibility into downtown businesses utilizing city right of way.”
The city is working with the Ability Center to resolve complaints from residents and visitors to the city
about accessibility of businesses on Louisiana Avenue by those with disabilities.
During the June 18 city council meeting, Kabat updated council on the status of the city municipal
building and police station in relation to a future building update for ADA compliance and for safety.

The city has engaged with the DLZ architectural and engineering consulting firm to conduct an ADA
accessibility assessment.
“Once we have that document back, we will know how we can proceed on both security for the two buildings,
as well as some modifications that we’re looking to do inside this building,” Kabat said.
She added that the administration is also working with the department of public service litter
coordinator to determine ways “to become better stewards of our environment.” Among the early
suggestions are getting rid of single use plastic containers and Styrofoam cups.
In other business, Jim Matuszak, council president, said that the new Wood County Transportation
Improvement District is allowing the city to add two members to the board. Terms are for two years. A
list of possible candidates has been distributed to council members, but more could be suggested.
The TID formerly covered only Rossford, but Matuszak said that the coverage was expanded to include the
entire county. As the second most populous city in the district, Perrysburg is allowed two members.
Appointment for those seats is now scheduled to be part of the next council meeting.
Also at the meeting, council:
• Approved a resolution authorizing purchase of insurance through Ohio Plan Risk Management Inc., the
city’s current provider, at a cost not to exceed $144,143 was passed unanimously. Three companies
expressed a desire to submit quotes, only the bid from Ohio Plan was received.
Dave Kreps, finance director, said that because of a city employee accident between a car and a
motorcycle that had not yet been settled, but was still within the statute of limitations, one of the
companies would not submit a bid. “Whenever you have a potentially big claim, insurance companies set a
whole bunch of money aside, and that’s what it is,” he said.
• Passed an ordinance authorizing submission of an estimate of revenues to the Wood County Budget
Commission for the budget year beginning Jan. 1, 2020.
• Gave a second reading on an ordinance to amend the traffic code to restrict the parking of trailers,
semi-trailers and boats on public roadways when not attached to a source of motor power.