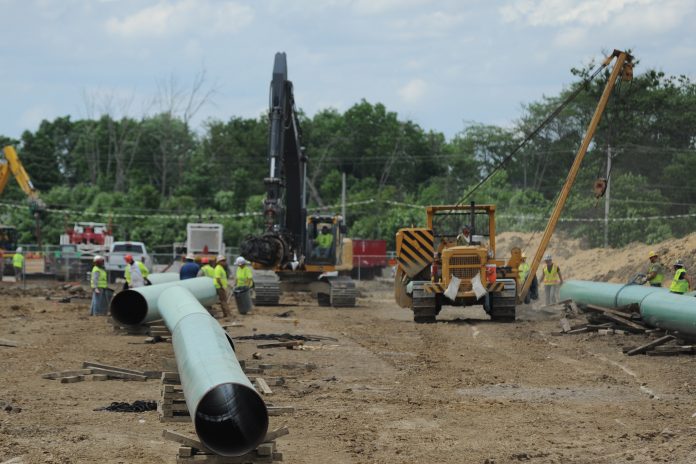 The Nexus Pipeline has been denied its third tax appeal by the tax commissioner, who upheld the original
pipeline valuation, resulting in Nexus potentially owing funds to three Wood County school districts.

“So far the tax commissioner has upheld the original numbers and none of the appeals have been upheld
statewide. Now we’re in a holding pattern and they’ve got 60 days to file in the board of tax appeals,”
said Wood County Auditor Matt Oestreich. “My biggest fear is that they will seek a legislative change to
the valuation process. Due to the legislative change in leadership, who knows how feasible that would
be.”
The third appeal was denied on July 10, according to Oestreich.
The impacted school districts are Eastwood, Otsego and Perrysburg.
Nexus paid the county based on the valuation of the second appeal, with final payments from the county to
the tax collecting bodies, in this case the three school districts, on July 31.
The Eastwood Local School District has the most to lose. The original valuation of the pipeline to the
district is $65 million, but the valuation of the second appeal was $31 million. The payments received
by the district totaled $1.1 million, but based on the original valuation would have been $2.3 million.

If Nexus ultimately wins the appeal process, Eastwood would then owe Nexus $207,092.
Otsego was paid $530,000, but the payment should have been $1.1 million based on the original valuation.
Perrysburg was paid $122,053 and the payment based on the original valuation would have been $258,645.
Both districts could also owe if Nexus appeals are successful.
Eastwood agreed to set aside its amounts at Monday’s school board meeting, for its January and July
settlements, and will wait to see what happens in September when the next settlement is due.
“We will know within a month if we have to give that money back,” said Treasurer Brad McCracken.
Nexus has until Sept. 10 to appeal to the state board of tax appeals. According to Oestreich, any
additional tax will not be billed until there has been notification from the tax commissioner that no
appeal has been filed.
Nexus is currently paying at 88% of the true market value and it depreciates over 30 years, with a final
residual value of 15% until the pipeline is no longer used.
“We’re anticipating that they will file at the board of tax appeals. If they seek a legislative change,
we will reach out to Rep. Haraz Ghanbari (R, Perrysburg) and Sen. Theresa Gavarone (R, Bowling Green)and
explain the tax implications,” Oestreich said.
Heating and pipeline companies assessment percentage is current the highest rate of any public utility.
As comparison, natural gas, water-works and water transportation companies are assessed at 25%.
There is precedent for legislative based changes. Most recently, House Bill 384 in 2017 reduced the
property tax assessment rate for water-works company’s tangible personal property from 88% to 25% of
true value, according to the Ohio Department of Taxation Fiscal Year 2019 Annual Report.
Nexus also has the ability to appeal to the Ohio Supreme Court.
At the board of tax appeals, Oestreich has the ability to file a counter complaint on behalf of Wood
County and all of its taxing authorities.
(Sentinel-Tribune Education Editor Marie Thomas-Baird contributed to this article.)