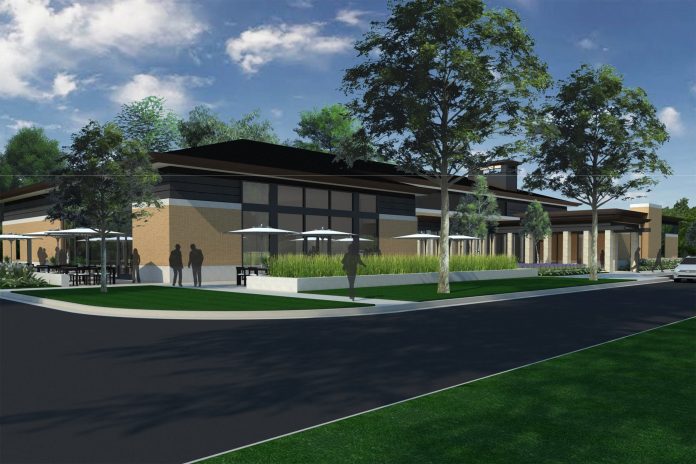 After questions emerged about the bidding process for the new senior center, the governing board voted
Wednesday to rebid the project.
“We feel this is the most responsible way to move forward. We heard from members of the community they
were not satisfied with the way things were and we want to make sure everything is transparent,” said
Denise Niese, executive director of the Wood County Committee on Aging.
The governing board of the committee on aging voted unanimously to reject all the bids and rebid the
project, which will cost an estimated $7 million.
“The Wood County Committee on Aging Inc. recently solicited bid for the construction of the new Wood
County on Aging/Wood County Senior Center to be located in Bowling Green, Ohio, but has determined that
conditions under Ohio Revised Code 3345.5o and other applicable statutes and regulations were not
satisfied,” the resolution read.
“It is the goal of the Wood County Committee on Aging to conduct a bid process that is transparent, fair
to all bidders, and fully compliant with applicable law.”
At the September groundbreaking of the new center, which will be on South Grove Street, it was announced
that Mosser Construction would do the project. The board had not formally voted on it.
There were nine separate bids submitted and all had verifiable bonding for the project.
The Mosser bid listed the “combined total” bid at $7.6 million, which was the fifth lowest bid submitted,
the middle bid of the nine submitted.
The lowest bid was turned in by Infinity Construction Co. at $$7.1 million; Mel Lanzer’s bid totaled $7.4
million; Helms and Sons bid the project at $7.5 million; Delventhal Company’s bid was at $7.6 million,
but $10,000 less than Mosser’s.
The higher bids came from Spieker Company at $7.8 million; ACI Construction Company (Alvada) at $7.9
million; Turner Construction (Lathrop) submitted a bid of $8 million; and Rudolph Libbe bid at $8.2
million.
The resolution directed staff to “re-issue the invitation to bid under the provisions of ORC 3345.50 and
other applicable statutes and regulations.”
On Wednesday, Gary Haas, business manager for the Toledo branch of Infinity Construction, which had the
lowest bid, said he is happy they did not move forward with the Mosser bid. He added that he is not
thrilled with having to rebid the project, and the board should move forward with the bids as submitted.

“They may get more bids and they may end up with higher bids. Subcontractors may raise their costs to us.
There’s a lot of risk,” Haas said.
“There were a lot of people surprised with the project and how it was handled,” he said.
Niese said the process needs to be re-done.
“This verifies to the public that this board and agency are not squandering money. We want a quality
project, and this process is to protect our credibility and to deliver a facility that will serve the
public for the next 50 years,” she said.
Also at the meeting, the board:
• Heard the finance committee report a $17,000 increase in revenue in the August financial report.
• Heard about an upcoming launch from the Wood County Sheriff’s Office about a program that will check on
the well-being of seniors and disabled individuals through an automated phone messaging system.
• Heard that the capital fundraising campaign has raised $649,000 of its $1.2 million goal.