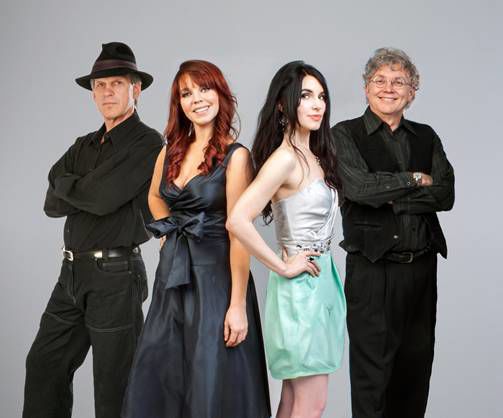 PEMBERVILLE — Lone Raven with their fiddles, accordion, whistle and woodwinds, will take the stage March
7 at 7:30 p.m at the opera house
Tickets for the Live in the House show are $12. They are at Beeker’s General Store, at the door or by
contacting Carol Bailey at 419-287-4848, [email protected] For more information, visit
www.pembervilleoperahouse.org.
Lone Raven performs an eclectic blend of traditional music from around the world on a variety of ethnic
instruments. In addition to sharing the music of their ancestors, they delight audiences with a
collection of award-winning, original compositions that have been featured on radio and television
programs across the globe.
With over 20 instruments on stage, the band soars through everything from heartfelt Irish ballads to
exhilarating Gypsy ﬁddle tunes, musically transporting listeners through breathtaking European
landscapes. The musicianship of each band member is apparent in every song, strengthened by the
inclusion of multiple instruments, abundant energy, and a deep, personal connection to the music.
Kara Markley’s vocals are showcased throughout each concert, with songs performed in English, Irish
Gaelic and Latin. Passionate instrumentals are fueled by the twin ﬁddles.
The band tours nationally throughout the entire year, playing at festivals, theaters and concert halls.

The show is sponsored in part by the Ohio Arts Council.
Markley is on vocals, fiddle, whistle and hurdy gurdy. She has been singing for as long as she can
remember, highly inﬂuenced by the many genres of music her father, Craig, raised her with. She began
taking ﬁddle lessons at the age of 6, studying with renowned players such as Eileen Ivers, Natalie
MacMaster and John McCusker. She has traveled and performed in England and Ireland as well as throughout
the United States. Her love of ancient history and folklore greatly inspires her passion for traditional
world music.
Elizabeth Blickenstaﬀ is on fiddle, mandolin and vocals. She began playing the violin when she was 4
years old, and she held the concert master position of the Columbus Symphony Youth Orchestra in 1995.
Because of her Suzuki background, she can quickly pick up a tune aurally and has been know to say, “If I
can sing it, I can play it.” When she is not performing, she enjoys spending time with her husband and
three daughters, two of which are Irish Dancers.
Craig Markley is on keyboards, accordion, whistle, guitar, woodwinds, bodhran, percussion and vocals. He
is an accomplished multi-instrumentalist, composer, arranger, and session musician. Coming from a varied
background of rock, blues, funk and jazz, he has pursued an avid interest in Celtic and world music for
the last 20 years, and has appeared on many recordings. Though his ﬁrst love was the famed Hammond B-3
organ, he now plays a wide variety of contemporary and ethnic instruments.
Neil Jacobs is on 12-string guitar, bouzouki, prim, tambura and mandolin. The award-winning composer and
performer best known for his mastery of the 12-string guitar, Jacobs draws inspiration from world tours
and improbable experiences, including travels with the Gypsies of Spain, refugee war camps in the
Balkans, and surreal “Cowboy TV” performances in Eastern Europe and Russia. His CDs have been nominated
Best Solo Guitar and Album of the Year by the JPF and American Independent Music Awards.