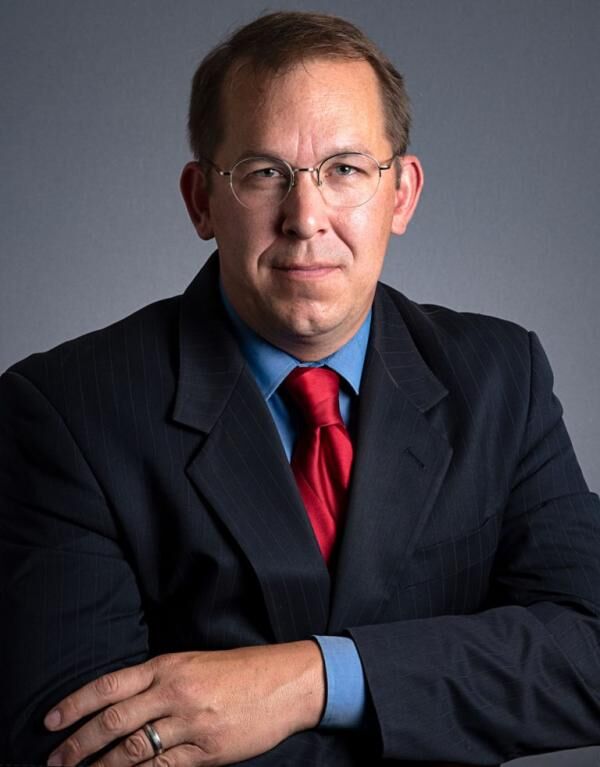 Experience and a baseline of knowledge of the people of Wood County are key according to Corey Speweik,
the Republican Party candidate for Wood County Common Pleas court judge.
“Experience is the defining component between my opponent and myself,” Speweik said. “I’ve got a
significant amount of experience in the common pleas court and in the criminal justice system and in
judicial areas independent of them.
“The common pleas court is the trial court for the county and every county has a court of common pleas,”
he said. “Fortunately for me, the experience I have as both a prosecutor and a private practitioner
spans all of those areas of the court.”
The Wood County Court of Common Pleas hears felony, divorce, civil cases in amounts over $25,000, real
estate, pipeline and zoning cases.
“I also have significant experience with jury trials. I was the first prosecutor with the City of
Perrysburg, Perrysburg municipal court, to ever convict a domestic violence offender in a jury trial,”
Speweik said. “That was only six years ago, which is kind of a scary thought that Wood County could get
a conviction of a domestic violence offender in Perrysburg until then. It’s not a reflection on the
system but on society. Things are changing, I guess. In a good way, as we’re holding people
accountable.”
Speweik is an attorney with a diverse practice of law, where he acts as a prosecutor and helps clients
with complex legal issues.
“It’s important to know your community. Wood County is a very, very diverse community. It’s interesting.
There are different enclaves in the county, not in the typical definitions of ethnicity, but difference
in thought and lifestyle,” he said.
He is the solicitor, for several municipalities, including Wayne, Bradner, Risingsun, West Millgrove and
Luckey.
”It means that you are the chief law enforcement officer, village attorney and prosecutor, so you are the
chief prosecutor for those municipalities. It’s a statutorily created position,” said Speweik.
The position also has him working in the community.
“By getting out in the community, by being involved, you learn a lot about the communities. You learn a
lot about community standards, ideals, morals and ethics. It helps you understand where people are
coming from and what people are thinking,” said Speweik. “Being a judge requires you to look at all the
facts that are in front of you, and to make a decision based on the law and the facts. If you can better
understand the facts, you can make better decisions.”
To illustrate his point, he gave the example of his work in rural parts of Wood County, where it has been
helpful to have his background as a farmer. He grew up on a farm and is still a farmer.
“I come at if from a baseline of knowledge, so I don’t have to start at the beginning with everything,”
Speweik said.
A colorful illustration is his work with property issues. He grew up knowing the difference between drain
tile and a bathroom ceramic tile. It was during college in New York City, he received his bachelor’s
degree from Fordham University in the Bronx, when he found out that not everyone knew the difference.

“Growing up with tile, I never considered it could be anything else, but it’s just one of those things
that gives you different perspective,” said Speweik.
Speweik is a native of Webster Township and went to Eastwood schools. He graduated from St. John’s Jesuit
High School, Fordham University and received his juris doctor degree from the University of Toledo Law
School.
His community service is also an important part of his life. He does a lot of pro bono work, and is on
several boards. While he said he does not believe the judges should legislate from the bench, the
conservative fiscal decisions he has made on boards, like the Wood County Alcohol, Drug Addiction and
Mental Health Services might be indicative of the way he would manage his court and staff, should he be
elected.
He said he is also a supporter of the written Constitution and of law enforcement.
An example of Spewiek’s belief in independently enforcing the state law was put into action on March 16,
when he was one of the two lawyers that sued the Ohio Secretary of State, to keep him from changing the
date of the March 17 primary election.
“The case was over in less than 24 hours and the state Supreme Court denied the writ without explanation.
What we sought to do is protect the separation of powers and ensure fairness and uniformity across the
state. Ultimately that happened,” Speweik said. “Our logic was the same as adopted by the Ohio
Democratic party in a separate lawsuit. The state of Wisconsin tried to do the same thing and the U. S.
Supreme Court stepped in and upheld the same logic.”
He said that the filing of the case had nothing to do with the coronavirus, but was intended to make the
proper branch of government make the changes. The legislature ultimately stepped in changing the
election date and the March 17 face-to-face primary election day was canceled.
Speweik is married to Jodi, a nurse educator, who chairs the nursing program at Lourdes University. They
have three children, two of whom attend Eastwood Schools, and the third attends preschool at St. John’s
Hilltop in Stony Ridge.