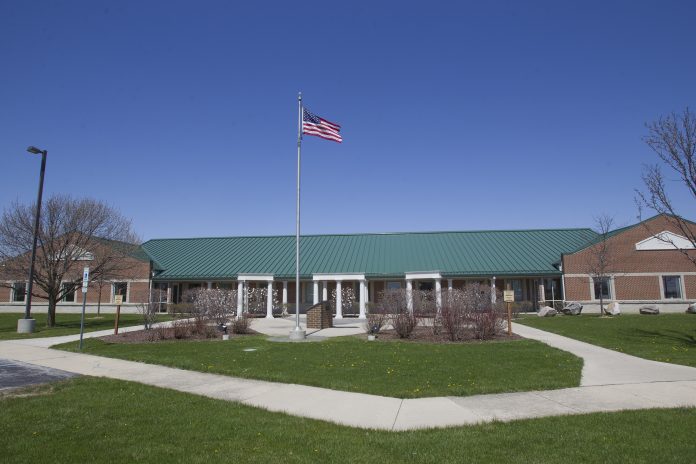 MILLBURY — The Lake Township fire chief said the Village of Millbury has been “cut in half” by closed
railroad crossings, impeding emergency services.
At Tuesday’s trustees’ meeting, Fire Chief Bruce Moritz said that his office and the police department
have been bombarded by phone calls and pummeled on social media about the Norfolk Southern closed
crossings. There is little to do about it, he said.
“This is the railroad.The railroad can do this. It’s federal law,” Moritz said. “They pretty much do
whatever they want to do.”
Police Chief Mark Hummer, who is also the township administrator, said the closed crossings in the
village are Fostoria Road and Cherry and Main streets. In the township, Ayers, Bradner and Walbridge
roads are also closed for repairs.
This essentially leaves Pemberville Road and Interstate 280 to access the eastern part of the township,
Hummer said.
There have been some discussions with Norfolk Southern, including a conversation this morning after Ohio
Rep. Haraz Ghanbari, R-Perrysburg, got involved, Hummer said.
Ghanbari emailed the railroad company early Thursday morning and Hummer received a call from a government
relations representative from the railroad.
“He did call me and acknowledged that they did drop the ball in this instance,” Hummer said. “His
commitment was to work with me and Mr. Ghanbari and our community to come up with some mechanism to
prevent this going forward.”
The crossings were closed for repairs. Fostoria Road opened Thursday afternoon and Walbridge Road could
be open by Saturday, he said.
“It’s all weather. When you’re doing this, it’s weather related and we haven’t had the best weather,”
Hummer said. “They’re closed with a three-day intention, but if we get weather or equipment breaks,
three days is a week.
“But, again, it’s not a local control issue. We need to come up with a permanent solution.”
In an email to the Sentinel-Tribune, Ghanbari said that Hummer had contacted him with the concerns.
“This morning I spoke with Jason Wazelle, manager of government relations at Norfolk Southern Corp. I
explained to him that in my estimation the lack of adequate notice, and the number of simultaneous
crossing closures, is unacceptable and concerning from a number of standpoints — most importantly the
impact of police/fire/EMS services to residents and businesses,” Ghanbari said. “Other impacts include
schools, business commerce, homeowners, and the normal day-to-day activities in and around Lake
Township.
“I requested Wazelle follow up with Hummer as we work toward a positive resolution,” he said, adding that
he also contacted the Public Utilities Commission of Ohio’s Rail Division.
In an email, Ohio Sen. Theresa Gavarone, R-Bowling Green, said her hands are tied.
“Railroads are under the purview of the federal government, so unfortunately there is little, if
anything, that can be done on the state level," she said. "However, I have always encouraged
constituents to contact me if they experience consistent blockages at a railroad crossing so that my
office can communicate directly with the operators to try to resolve the problem.”
At Tuesday’s meeting, Hummer said residents who are concerned about the crossings should reach out to
their state and federal legislators.
“Don’t focus on anger and frustration, but getting change. That starts on the state legislators and moves
from there,” Hummer said.
“It’s got to go higher than local government,” Moritz said. “That law has to change.”