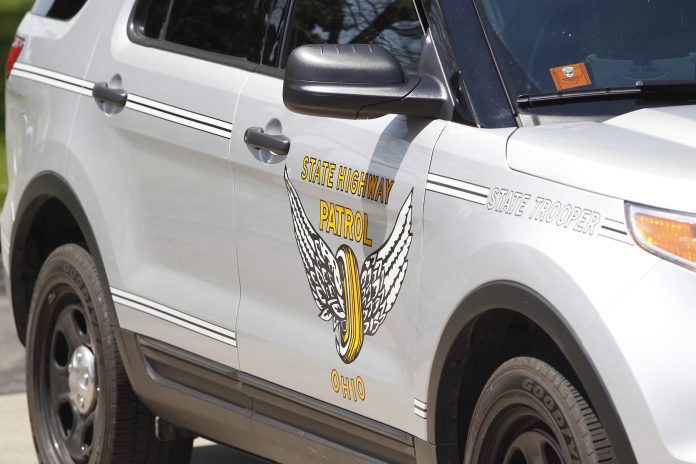 PERRYSBURG — Another Friday — another pursuit through Perrysburg.
At approximately 5:55 p.m., troopers from the Swanton Post responded to a stolen vehicle that had been
pursued by the Indiana State Police across the Indiana Turnpike, according to a release by the Bowling
Green Post of the Ohio State Highway Patrol.
The suspect vehicle entered Ohio and troopers began pursuing the suspect vehicle. The pursuit went
eastbound across the Ohio Turnpike until the suspects exited onto Interstate 280.
The suspects continued northbound on Interstate 280 and exited westbound onto Ohio 795. The pursuit
entered Perrysburg when the suspects attempted to turn right onto Boundary Street.
The suspects struck another vehicle and all four suspects fled on foot. The two occupants in the vehicle
that was struck were transported to St. Luke’s Hospital, Maumee, where they were treated and released.

A manhunt ensued and all four suspects were taken into custody without further incident.
The driver of the suspect vehicle was identified as Dashawn Weeden, 21, Riverdale, Illinois. Weeden was
charged with felony failure to comply and receiving stolen property. He was lodged in the Wood County
Justice Center.
The three other suspects were identified as juveniles and will be charged with receiving stolen property.
They will be incarcerated to the Wood County Juvenile Detention Center.
The patrol was assisted by Wood County Sheriff’s Office, Perrysburg Police Department, Perrysburg
Township Police Department, Lake Township Police Department, Rossford Police Department, Wood County
Park District and Maumee Police Department.
Last Friday, five people were arrested after a vehicle pursuit which resulted in a traffic crash and
school lockdowns in Perrysburg.
At 1:04 p.m. troopers attempted to stop a stolen 2017 Dodge Challenger on U.S. 20 near Interstate 75. The
suspect failed to stop and fled westbound into Perrysburg at a high rate of speed.
Troopers immediately discontinued the pursuit for safety reasons. A patrol airplane located the suspect
vehicle and tracked it down. The suspect eventually lost control, went off the side of the road and
crashed into a tree on Plum Street. The suspect exited the vehicle and fled the scene on foot.
A K-9 assisted in locating the suspect on Willow Street.
Demetrius Peguese, 18, Detroit, was taken into custody. A second stolen vehicle was located and four
additional suspects were taken into custody.
It was determined these suspects were conspiring with Peguese to sell the 2017 Dodge Challenger to an
innocent purchaser.
Peguese was charged with failure to comply, a third-degree felony, and receiving stolen property, a
fourth-degree felony.